The Zotac ZBOX CI660 nano is a compact, fanless desktop computer powered by an Intel Core i7-8550U processor. That’s a laptop-class processor, but thanks to a larger-than-laptop chassis with a good passive cooling solution, I found that the computer actually outperformed most laptops with the same chip.

Overall I was pretty impressed with the little computer when I had a chance to review it.

The CI660 nano has only recently started shipping. But Zotac already has an upgraded model in the works: Meet the Zotac ZBOX CI661 nano. 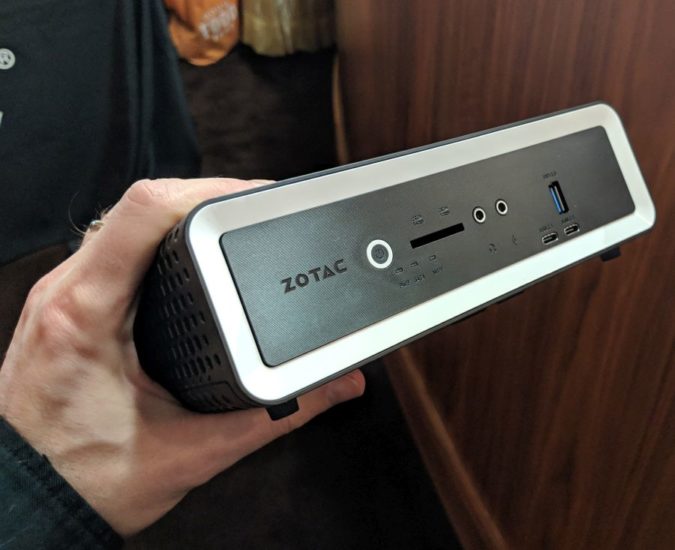 The new version looks virtually identical to its predecessor, but under the hood it has an Intel Core i7-8565U Whiskey Lake processor.

That means the top turbo speed has been bumped from 4 GHz to 4.6 GHz and there’s built-in support for Gigabit WiFi. Intel says the new chip should offer up to 10 percent better all-around performance. If you already bought a CI660 nano, that might not be enough reason to upgrade. But if you’re on the fence (and you’re not in a hurry), it might be worth waiting a few months for the new model to arrive.

The only down sides I can see are that Zotac still hasn’t added an M.2 storage slot or a Thunderbolt 3 port.

The company hasn’t announced any other configurations yet, but I would be surprised if we didn’t also see Core i3 and Core i5 models in the coming months.