Laptops are getting thinner, lighter, and more energy efficient… which is great if you want decent performance and long battery life on the go. But if you want to do some heavy duty gaming, video editing, or other tasks that require a desktop-class graphics card you might need, well, a desktop.

Or you could opt for a graphics dock that lets you effectively plug in a discrete graphics card just when you need it.

Over the past few years we’ve seen a handful of companies including Razer, HP, and Dell/Alienware release external graphics docks. And Zotac has been showing off a prototype for almost a year.

Now Zotac’s model is almost ready to go. Actually, make that models. There will be two at launch. 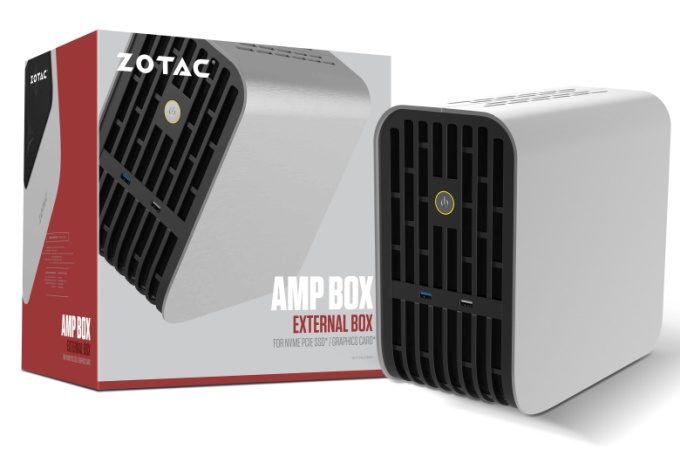 Both boxes connect to a PC via a Thunderbolt 3 port with support for data transfer speeds up to 40 Gbps. And while they’re primarily designed to bring desktop-class graphics to a laptop or compact desktop PC, you could also use them as docking stations for an NVMe PCe x4 SSD and/or USB hubs. 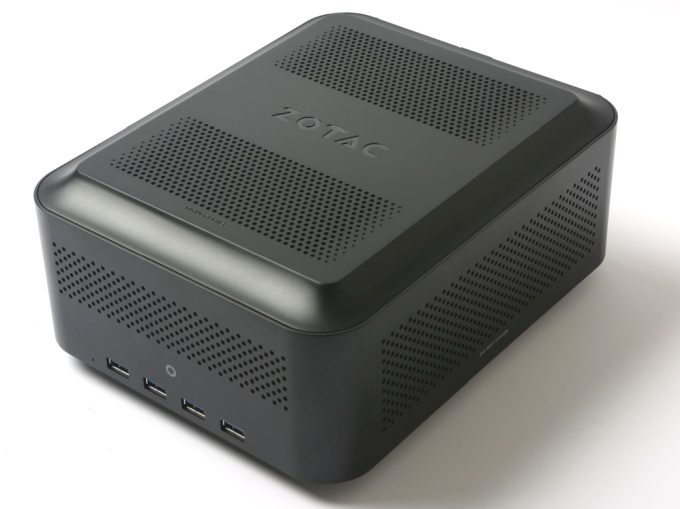 While both graphics docks have 4 USB 3.0 ports, the smaller version has them all on the front, while the larger model has two on the front and two on the back. One of the USB ports on the front of the AMP Box is also a fast charging port that Zotac says can charge phones or other gadgets up to 4 times more quickly than the other ports assuming you have a mobile device that supports Quick Charge 3.0.

The AMP Box will also support customizable SPECTRA lighting, allowing you to change the color, brightness, or lighting mode of of the light that illuminates the graphics card (which is visible through a window in the case).