The Zotac Inspire Studio is a desktop computer that measures about 8.9″ x 8″ x 5″ and which houses the guts of a gaming PC… although Zotac is positioning it as more of a workstation PC for content creators.

And that makes some sense, since the hardware you need for gaming isn’t all that different from what you’d want for video editing, graphic design, and 3D animation among other things — all activities which Zotac says the Inspire Studio is good for.

But it’s telling that the company loads the computer up with a graphics card that features the word “Gaming” in the title. The only thing that really sets the Inspire Studio apart from the company’s Magnus line of gaming computers is the fact that it has a white chassis rather than black. 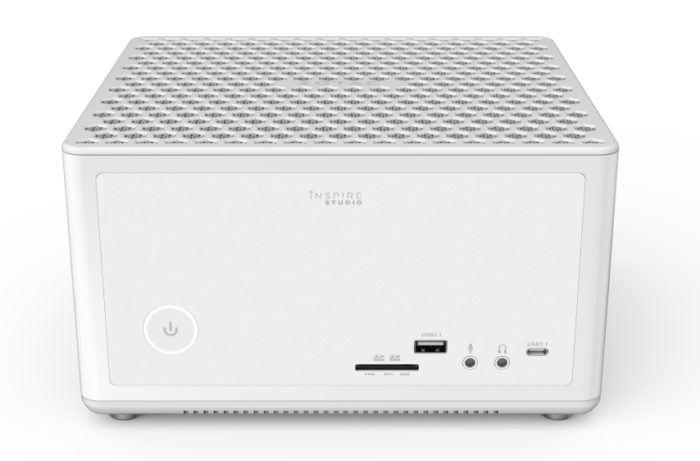 Here’s a run-down of the key specs for the Inspire Studio:

The computer also has mic and headset jacks, an SDXC card reader, and USB Type-A and Type-C ports.