The Zero Terminal 3 is a little computer that looks like a chunky smartphone. But it’s a full-fledged Linux PC with a touchscreen display, a built-in battery, a full-sized USB port, and a microSD card reader.

Developed by hardware hacker NODE, the Zero Terminal 3 isn’t a thing you can buy right now. But NODE plans to offer more details, along with instructions to help people build their own Zero Terminal devices and modular add-ons in the future. 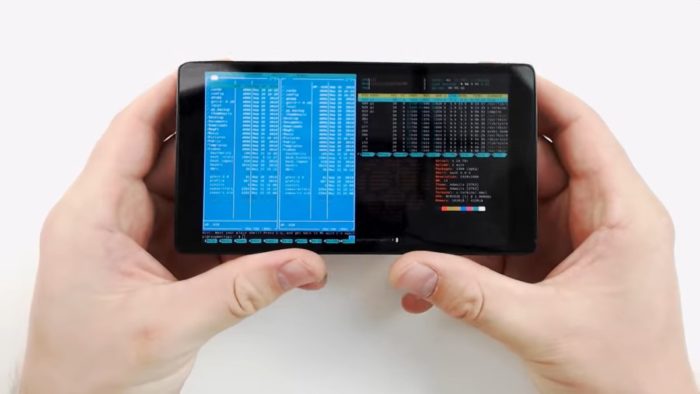 As the name of the Zero Terminal 3 suggests, this isn’t NODE’s first handheld computer. The first was introduced in 2017 and, like the new model, the idea was to assemble a handheld computer using a Raspberry Pi Zero for its brains.

The latest model has a larger display and more versatility. While the keyboard is no longer built-in, it’s optional. And as mentioned above, the Zero Terminal 3 supports add-ons thanks to support for custom “backpacks” that can attach to dual 40-pin sockets on the back of the device.

On the front there’s a WaveShare 5.5 inch full HD touchscreen AMOLED display, and on the sides there are: 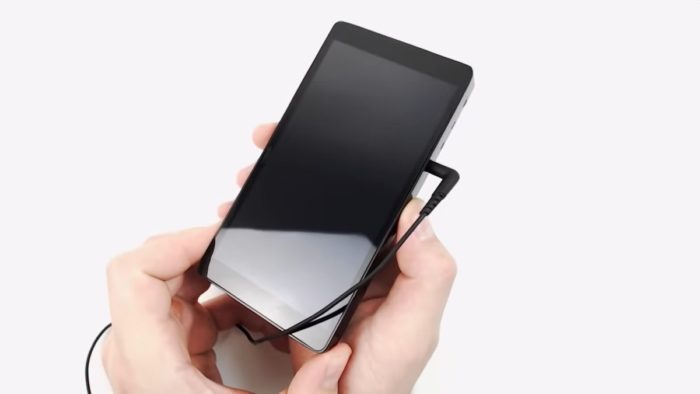 Under the hood there is a 1,200 mAh LiPo battery as well as Raspberry Pi’s smallest computer soldered to a custom printed circuit board and connected to some smaller adapter PCBs. There’s also an audio amplifier and built-in speaker.

You can find more details about the Zero Terminal 3 and the first backpack prototype (a slide-out keyboard) at NODE’s website, or check out a video overview of the project.