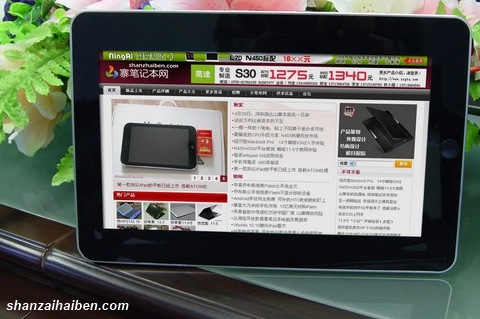 Whether you like the iPad (or any Apple devices) or not, one thing is undeniable: when a new model gets released, Shanzai clones are never far behind. Often they sport far less impressive hardware, but Zenithink’s offering actually looks pretty decent.

According to a post at Shanzaihaiben.com, the company is working on a new 10-inch model that will run Android and include a 1GHz ARM Cortex-A8 processor, 512MB RAM, 16GB flash storage, 2400MaH battery, and a 1024×600 pixel display. The unit can also supposedly handle full HD video playback. To say the tablet gets ‘styling cues’ from the iPad is an understatement.

No word as to pricing just yet, but the tablet should hit retail shelves sometime this June. There’s also a 7-inch 800×480 version in the works.