It has a higher-resolution display, faster processor, more RAM, and a lower price tag than last year’s model, but it’s still kind of pricey and underpowered compared with other Android tablets on the market.

What makes the ZaTab ZT2 unusual is that it ships with an unlocked bootloader and ZaReason encourages customers to develop custom ROMs and port Linux distributions to run on the tablet. 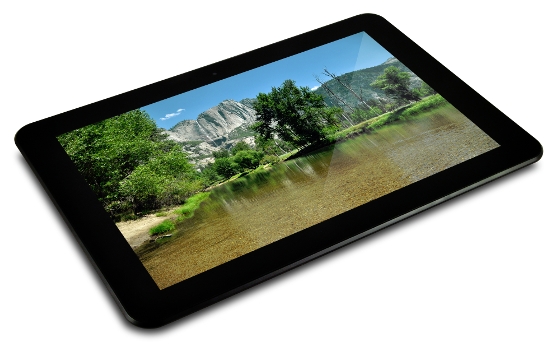 When you buy the tablet from ZaReason, they’ll also throw in the source code for the Android 4.1 Jelly Bean software it ships with.

Or if you’d like a tablet that actually already supports Linux, you could check out the PengPod1040. It has the same processor and you can pre-order one for $249… sort of. Developer Neal Peacock is trying to raise funds to bring the PengPod1040 to market, and he needs to raise $300,000 more by October 26th to do that.

You can also pick up most Google Nexus devices and unlock the bootloader rather quickly by installing the Android SDK on a computer and typing “fastboot oem unlock” into a command prompt.

But one of the things the Allwinner chip family has going for it is relatively decent documentation which developers can use to port various operating systems to run on a device like the PengPod1040 or ZaTab ZT2.

Unfortunately, as many folks at /r/linux have pointed out, “open” might not be the best word to describe the ZaTab ZT2 or the PengPod1040. Both ship with PowerVR graphics, which means there’s not a great chance of getting fully working open source graphics drivers.