The march of the tablets with Rockchip RK3188 quad-core processors continues. The latest entry is one of the first 8 inch models to feature this chip. It’s called the Yuandao N80, or Video N80 (depending on where you buy it).

Geekbuying sells the tablet for $179. 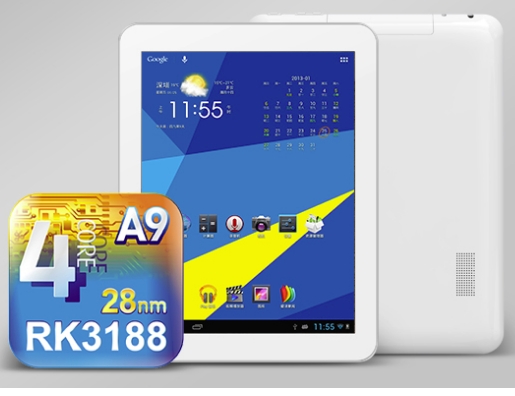 That probably helps explain why it’s more than $80 cheaper.

While I haven’t had a chance to test the Yuandao N80 tablet, benchmarks I ran recently on the Cube U30GT2 suggest that the Rockchip RK3188 processor which powers both tablets is one of the fastest ARM Cortex-A9 chips on the market at the moment.

That could make this $179 8 inch quad-core tablet an attractive option for some… although technical support and quality assurance for Chinese tablets like this aren’t always as good as for devices from companies that are more established in the West.