Jolla’s attempts to build an alternative to Android and iOS in the mobile space have been a bit underwhelming in recent years. The company’s Linux-based Sailfish OS is capable of running on a number of phones, but there aren’t many devices that ship with the operating system. And Jolla has pretty much given up on developing its own hardware after lackluster phone sales and a crowfunded tablet project that was a bit of a trainwreck.

But if you’ve been holding out hope that a new Sailfish-powered tablet would appear, today’s the day. Kind of.

The Youyota Sailfish OS tablet is a third-party device that’s expected to ship in September. But it’s virtually identical to the discontinued Jolla Tablet, since it’s based on the same design and features software licensed from Jolla.

After working on the project for a few months, the group behind the new version of the tablet has launched a crowdfunding campaign on Indiegogo to raise the money to start producing the Youyota tablet. 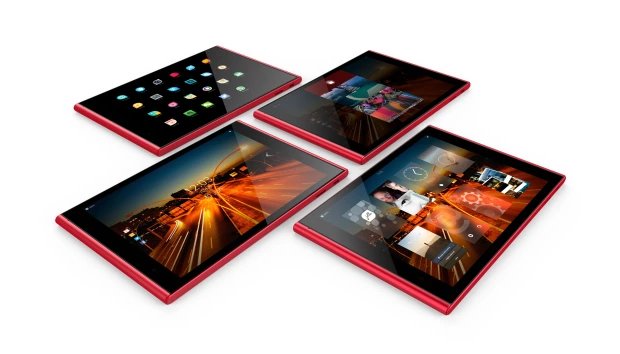 It’s worth noting that Jolla managed to raise more than $2.5 million for its tablet a few years ago, and still failed to deliver tablets to most of the folks who backed that crowdfunding campaign.

The difference is that Youyota hasn’t sunk any costs into hardware or software development. The money raised through this new campaign will basically pay for manufacturing and licensing costs. The hardware and software are already designed.

Of course, that means what you’re getting is a tablet with dated specs, including:

But while a faster processor, more memory, or additional storage would have been nice, changing those features would have driven up the cost of the tablet. In fact, the original plan had been to offer a 128GB version, but that model was canceled due to a recent spike in the price of 128GB eMMC storage components.

The good news is that some specs have aged pretty well: the tablet has a 7.85 inch, 2048 x 1536 pixel display, a microSD card slot that supports up to 256GB of removable storage, and a 3.5mm headphone jack as well as a micro USB port.

Prices for the new tablet start at $199 for a 32GB model or $219 for a 64GB version. It’s available in black or red, and you can also add optional accessories to your purchase including a Bluetooth keyboard and/or protective sleeve.