Love watching videos on YouTube, but hate sitting through (or waiting 5 seconds to skip) the ads? Google is launching another option.

That’s only one of the perks YouTube Red membership buys you though. 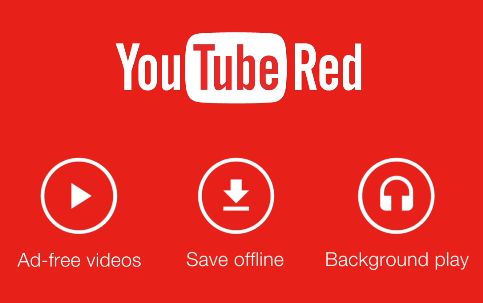 If you use the YouTube Red app on your phone or tablet, you’ll also be able to download videos for offline playback, and you’ll be ale to play videos in the background so you can listen to music videos or other content while another app is running in the foreground.

Google also plans to begin offering original content that’s available exclusively to YouTube Red members, at least initially. Rival online video services Amazon, Netflix, and Hulu have also been investing heavily in original content, but for the most part those companies are working with traditional filmmakers and TV producers, while YouTube Red’s original content will come from new media stars, with movies and web shows from popular YouTube channels including PewDiePie, The Fine Brothers, CollegeHumor, and more.

YouTube Red will be available in the US starting October 28th, when you’ll be able to sign up for a 1-month free trial before deciding whether to spend $9.99 per month on the service.

Last year we asked if you’d pay for an ad-free version of YouTube, and more than 40 percent of you said no, while a similar number said it depended on the price.

Now we know the price — and also know that in addition to ad-free video playback a subscription also includes on-demand streaming of millions of songs from Google Play Music, offline playback of videos, and background playback as well.

So what do you think? Is $10 per month for YouTube Red + Play Music Unlimited a good deal?