Facebook parent company Meta has been one of the dominant players in the virtual reality space since acquiring VR startup Oculus back in 2014. So it’s not surprising that the company has tightly integrated its social networking and VR products: want to use a Meta Quest VR headset? Up until now you’ve needed to login using a Facebook account.

But that’s changing this summer. Starting in August you’ll be able to use a Meta Quest even if you don’t have a Facebook account… but you will need a Meta account. 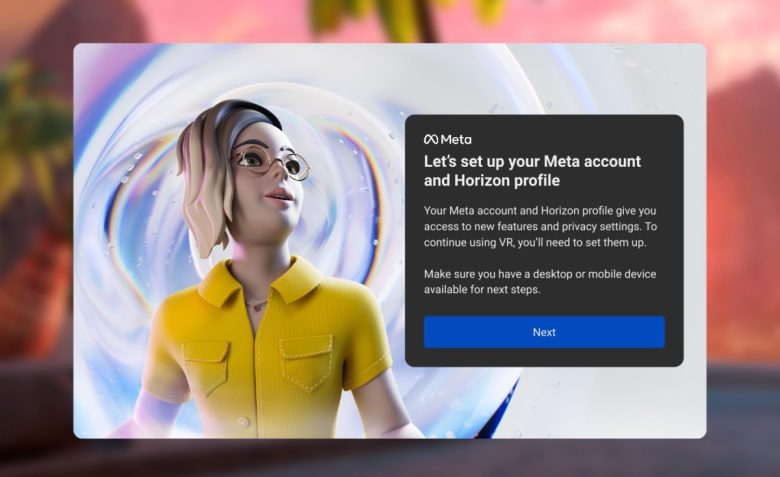 Meta announced plans to drop the Facebook requirement last year, at the same time as the company killed off the Oculus brand for good. But the company was vague about when it would take place. Now Meta has announced that the new account system will launch in August, 2022.

The move comes at a time when Meta is trying to expand beyond the social networking platform it’s best known for, and into new areas like the so-called “Metaverse,” which is a fancy word for Facebook’s version of a VR and AR-based social platform for gaming, shopping, video conferencing, and more.

Of course, that’s the company trying to skate to where it thinks the puck will be (or trying to push the puck in that direction, depending on how you look at it). But Meta’s big money makers right now are still Facebook, Instagram, WhatsApp, and other web and mobile apps. So users will also be able to link their Meta accounts to Facebook and Instagram if they want. You just won’t have to have a Facebook account to use the company’s VR headsets in the future if you have no interest in the legacy social network.

That said, there are some mandatory social features – once you create a Meta account you’ll also need to create a meta Horizon social profile with a custom avatar and username that will be displayed to other users. But it’s up to you to decide whether you want to share status and activity updates with others. And new privacy options let you decide whether your profile is open to everyone, friends and family, or “solo” for private usage.

via TechCrunch, Protocol, and RoadToVR