Apple’s newest computers have a new chip dedicated to security. That’s a great thing if you care about disk encryption, support for for Touch ID/fingerprint sensors, and even improved visuals using a FaceTime HD camera.

It’s less good news if you care about booting Linux on a Mac. Any computer with the Apple T2 security chip can’t currently do that.

Update: Or maybe they can… See below for details. 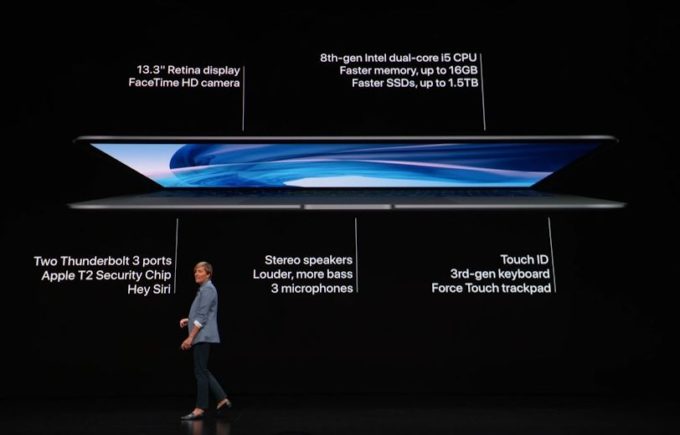 That’s because the T2 chip is used to handle secure booting, which means you can only boot operating systems that are signed by Apple.

There’s currently no support at all for Ubuntu, Fedora, Debian, Arch, or any other GNU/Linux distribution.

Update: French site MacGeneration reports that they were able to disable secure boot and install Linux on an iMac Pro with a T2 chip, so it may be possible to load Linux after all. But you’ll sacrifice some security features to do so.

The whole situation feels kind of familiar though — Windows users went through something similar when Microsoft and PC makers made the move from old-school BIOS to UEFI earlier this decade. Eventually the issue was resolved when Microsoft started working with Linux developers to offer signed keys that would let you boot a Linux distro on a computer without disabling secure boot.

It’s unclear if or when we’ll see a similar resolution of the current situation for Apple computers with T2 security chips.

For now that means there’s no way to dual boot macOS and Linux on an iMac Pro or 2018 models of the MacBook Air, MacBook Pro, or Mac Mini. You could probably run a Linux distro in a virtual machine if you really wanted to though.

via Phoronix and Apple

16 replies on “You can’t run Linux on Apple’s 2018 Macs (Update: or maybe you can… while sacrificing some security)”