Google’s Chrome web browser and Chrome OS operating system come in stable, beta, and dev channels. And it turns out the company’s Chromecast media streaming device is no different.

Out of the box, the $35 media device runs the Chromecast stable software. But if you want to switch channels, developer Jay Lee has posted instructions. 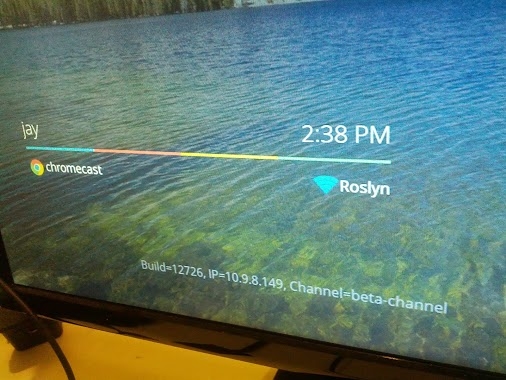 At this point the only thing that seems to change when you switch channels is that you can see the build number, IP address, and channel info on the home screen when you switch to the dev or beta channel.

Typically Google rolls out experimental features to the dev channel first, and then makes them available in the beta and eventually stable channels once they’re a little more fool-proof.

In other words, switching to one of these channels is likely to introduce bugs — but it might also give you an early look at upcoming features.

Keep in mind though, Google doesn’t make it easy to switch channels on the Chromecast. Lee’s instructions involve rooting your device, connecting to it over telnet, and running a series of commands which will reset your device and remove root access. There’s no guarantee you won’t break your device in the process.

On the other hand, a replacement will only cost you $35.