The Sony PRS-T2 is a $130 eReader with a 6 inch E Ink display, 1.3GB of storage space for eBooks, and a microSD card slot for extra storage.

Sony’s latest eReader also happens to run an operating system based on Google Android 2.2 — and if you’re feeling adventurous you can root the Sony PRS-T2 to use it like an Android tablet (with a slow processor and a black and white display). 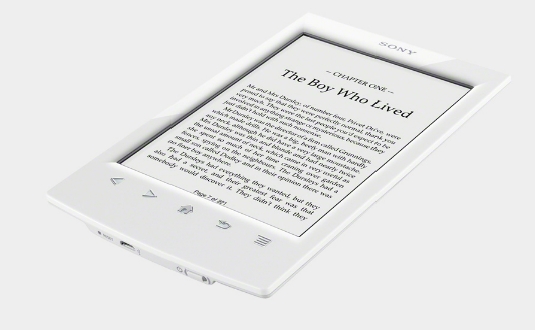 You can find instructions at The-eBook.org, or if you don’t speak Russian you can follow along with an English language guide at The Digital Reader.

Once the eReader’s been rooted, you can install an alternate launcher app that lets you view an Android home screen and app drawer, much as you would on an Android phone or tablet. You can also install other third party apps so that you can use Sony’s eReader to run eBook apps from Amazon, Barnes & Noble, or others.

At this point Nate at The Digital Reader reports that his rooted PRS-T2 feels kind of buggy and he’s had a number of apps crash. So proceed with caution.