Rooting an Android phone or tablet gives you access to permissions that would otherwise be unavailable, allowing you to install and run apps like Titanium Backup and Xposed Framework or to access advanced features of apps including Greenify and Tasker.

Some devices can be rooted extraordinarily easily (I’m looking at you, Nexus devices). Others can be a bit tougher to root. Recent Samsung devices, for example, feature the KNOX security system. This doesn’t always stop users from rooting those devices: but once rooted, certain features may not work properly.

But a team of developers have figured out how to root the new Samsung Galaxy S6 and Galaxy S6 Edge smartphones without tripping the KNOX counter. 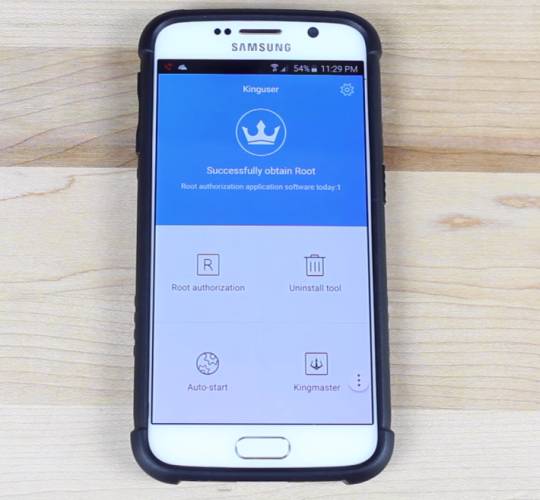 That means you can root these phones and, in theory, you should be able to use features including Samsung Pay and My KNOX.

It also means that if you restore your device to its factory condition Samsung might never know it was rooted at all.

Keep in mind: root access does give you more control over your device, but that’s not always a good thing. It’s a lot easier to turn an expensive phone into a useless brick if you have root access, since there’s nothing stopping you from accidentally deleting necessary files or making other changes that could have disastrous results.

That said, if you want to proceed with rooting a Galaxy S6 or Galaxy S6 Edge, all you need to do is download, install, and run an app called PingPong Root.

It’s available from the XDA-developers forum and it supports most versions of Samsung’s S6 series smartphones including AT&T, T-Mobile, Verizon, and Sprint variants.