The HP TouchPad tablet hit the streets last summer for $499 and up, but after HP discontinued the tablet in August it slashed the price by as much as 80 percent, selling the 16GB model for $99 and the 32GB version for $149. While the TouchPad had suffered from poor sales up until that point, they sold out almost instantly.

Update: And now Woot is sold out too. 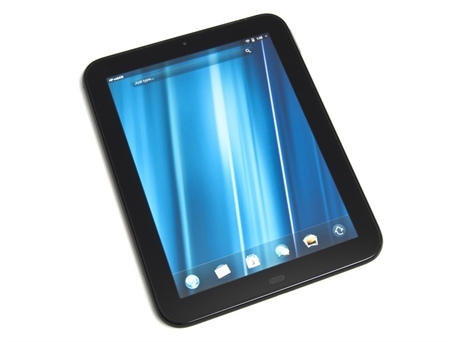 For the past few months TouchPad tablets have been hard to come by, but today Woot is offering refurbished 32GB TouchPads for $219.99 plus $5 shipping. That’s not quite as good a deal as $149 for a new tablet, but it’s still not a bad price for what you get:

The TouchPad is a pretty good tablet with webOS software, but there aren’t all that many high quality third party apps for the platform. But it’s relatively easy to install Google Android 4.0 Ice Cream Sandwich on the tablet which lets you run thousands of Android apps.

Android for the TouchPad is still in the early stages. Not all features work, there are some bugs to work out, and the operating system will never be fully supported by HP, so don’t expect your warranty to mean much if you try to submit an Android-powered TouchPad to HP for repairs. But $220 is still a pretty good device for a tablet with a fast dual core processor, a large display, and the ability to run Google’s latest software.You can also choose to boot into webOS even after installing Android if you’d prefer to use the software that came with the tablet.

The HP TouchPad typically sells out in a matter of minutes whenever retailers get a new batch in stock. So the fact that Woot hasn’t sold out yet is either an indication that the company has a lot of tablets, or that $220 isn’t as attractive a price as $99 to $149.