The Priv may be BlackBerry’s first smartphone to run Google’s Android operating system, but it turns out you don’t need a BlackBerry-branded phone to run some of the company’s Android apps.

Anyone can download the BlackBerry Messenger app for Android from the Google Play Store. But CrackBerry forum member Cobalt232 has also modified some of the core apps from the BlackBerry Priv so they can run on other phones. 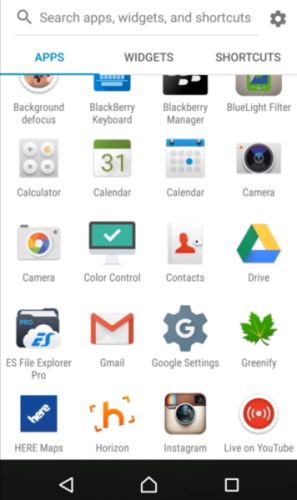 Note that you’ll need to install the BlackBerry Services app if you want to use any of the others.

These modified apps do not require your phone to be rooted, but it’s always a good idea to proceed with caution before installing third-party apps that aren’t coming from the Google Play Store (although Cobalt232 is a pretty well-known developer).

If you have a custom recovery or other tools for backing up your device, I’d suggest doing that before installing these apps.

Have a rooted phone? People have been installing BlackBerry Priv apps on rooted devices for months.