The prices for flagship smartphones have been creeping upward in recent years, with a number of new phones selling for $1,000 or more. And then there’s the Xiaomi Pocophone F1.

It has the same Qualcomm Snapdragon 845 processor as most of this year’s high-end Andorid phones, slim bezels, a big display (and a notch), and plenty of RAM and storage.

But when Xiaomi launched the phone this summer, the company promised a starting price of about $300 in China. It’s also available in a number of other markets for prices ranging from about $300 to $380.

Now you can also buy one in the United States. B&H is taking pre-orders for $370. But unless you’re looking for a 6.2 inch Android tablet, you probably shouldn’t buy it. 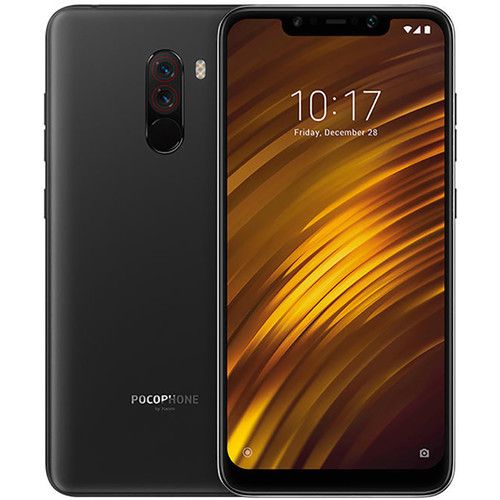 That’s because this is the global version of the Pocophone F1. It’s sold as an unlocked device with very limited support for US wireless carriers.

There’s no support at all for Verizon or Sprint. AT&T customers can use it as a 3G phone, and T-Mobile customers may be able to get some 3G coverage, but are more likely to get reliable reception on 2G… assuming you live in an area where T-Mobile still supports 2G.

Xiaomi currently has no plans to make a version of the Pocophone that supports US networks. So this is about as good as it gets right now. It’s unusual to see B&H selling the phone — usually this is the sort of device that finds its way to stores like Banggood, Geekbuying, and Gearbest which import Chinese gadgets to the US.

But $370 actually isn’t a bad price for this phone even if you don’t plan to use it to make phone calls. It’s also nice to know that you could pop in a SIM card if you plan to use it while traveling to a country where you would have better network support.

There’ s a 20MP camera on the front and a dual rear camera system with a 12MP primary camera and a 5MP monochrome camera. There’s also a fingerprint reader below the cameras.