The Yotaphone 2 is an Android smartphone with two displays: there’s a full color AMOLED screen on one side of the phone, but flip it over and you’ve got a low-power, black and white ePaper display.

Yotaphone offers the smartphone in select European and Asian markets, and the company plans to bring the Yotaphone 2 to the United States later this year.

So how will you be able to buy one? Initially you’ll be able to pick up an unlocked phone through crowdfunding site Indiegogo. 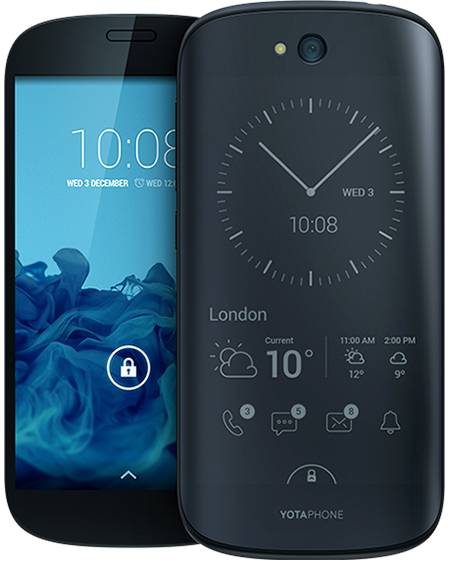 Phone Scoop reports that Yotaphone hopes to reach deals with US distributors later this year so that you can buy the phone at stores. But at launch it’ll be available exclusively through the crowdfunding site.

Update: Yotaphone confirms that it plans to bring the phone to the US this summer following an Indiegogo campaign which will launch in April.

The phone will be sold unlocked and contract-free and it’ll support AT&T or T-Mobile networks in the United States, as well as budget carriers such as Cricket or Straight Talk which provide service on those networks.

The Yotaphone 2 is expected to sell for about $600 unlocked. It’s possible that backers of the Indiegogo campaign will be ale to get discounted prices or special accessories such as cases though.

Those specs might not seem particularly impressive for an Android smartphone in 2015, but they’re not the specs of a bad phone. And there’s no other phone on the market that has a 5 inch, 1920 x 1080 pixel color screen on one side and a 4.7 inch, 960 x 540 pixel grayscale touchscreen display on the other. 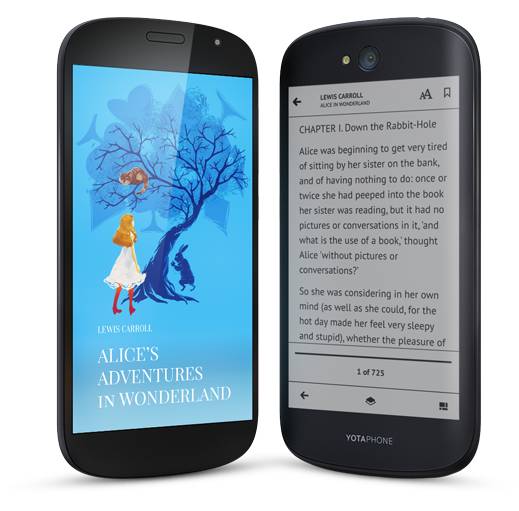 Anything that can be displayed on the color screen can also be shown on the black and white display, which means you can use the ePaper screen to read eBooks, surf the web, make phone calls, or view maps. The screen refresh rate isn’t as good on the black and white display so you probably won’t want to watch videos or play games with a lot of action. And the 16-color grayscale screen won’t show as much detail in photos or maps.

But it uses less power than the color screen which could let you get a little extra battery life from the Yotaphone 2. It’s easier to read outside in direct sunlight. And the electronic paper screen uses no power when it’s displaying a static image — which means that you can bring up directions, a boarding pass, or just about anything else and have it remain visible even when the phone is powered down or the battery is dead.

Is that worth the $600 asking price? I guess we’ll find out when we see how many people are willing to back the company’s upcoming crowdfunding campaign. I was pretty impressed with the demo I saw at CES in January though.