It’s been a while since we’ve seen a high-end camera powered by Android, but Chinese device maker Yongnuo seems to have a new one one the way.

The company’s new mirrorless camera supports interchangeable lenses and has a 16MP Four Thirds image sensor and support for RAW image capture and 4K video at 30 frames per second.

But what sets it apart from most mirrorless cameras is what’s behind the lens: the device features a 5 inch, 1080p touchscreen display where you’d normally see a viewfinder and it runs Android 7.1 software. 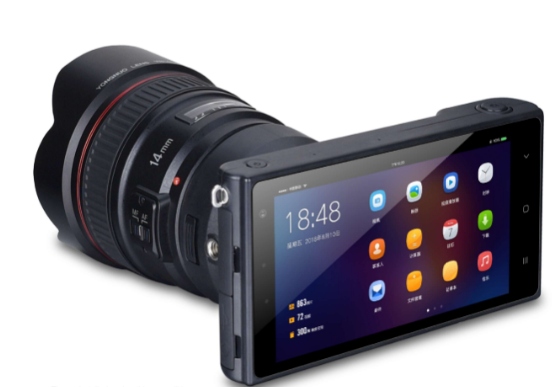 The camera is currently called the YN450, but Yonguo is running a contest to come up with a catchier name for the device.

While some specs still remain a mystery, here’s what we know so far:

There’s no word on when youll be able to buy the camera or how much it will cost. The support for Canon lenses is reassuring — when I first saw the brand name I was worried that you might be limited to using proprietary lenses.

If you’re wondering why you’d want a camera that runs Android, think about the ways you use a smartphone camera and then imagine doing the same things with higher-quality lenses. You could immediate crop or retouch photos without switching devices, share videos to social media or back up your camera roll to Google Photos, or live stream videos to Facebook or YouTube, for example.

That said, it would be nice if the camera wasn’t expected to ship with a version of Google’s Android operating system that’s already more than two years old at this point.

via PetaPixel and Android Police

16 replies on “Yongnuo YN450 is an Android-powered mirrorless camera”