The world of portable HiFi music players can be a bit baffling at times. But there are enough folks willing to spend more than the price of a flagship phone on portable gadgets that have high quality amplifiers, digital to analog converters, and other features.

The YinLvMei W1 though? I have a hard time figuring out who the target market for this device is.

It’s a 2 pound portable music player with a 7 inch touchscreen IPS display, a smaller 0.66 inch OLED display for status information, and high-end audio hardware. It also runs Windows 10, has the guts of a pretty lousy tablet from 4-5 years ago, and sells for close to $2,000. 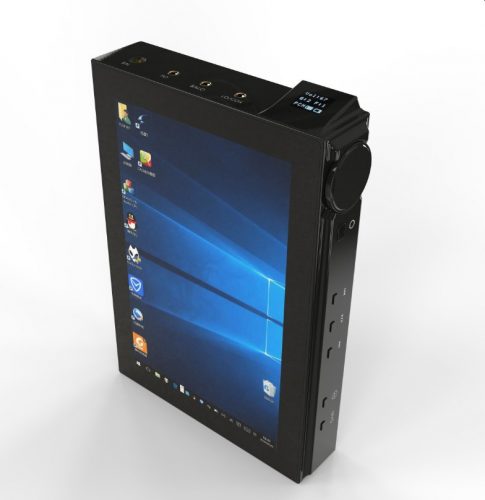 Theoretically a portable music player that runs Windows isn’t the worst idea in the world, since it allows you to load the audio software of your choice rather than just using a built-in app.

But the decision to equip this the YinLvMei W1 with an Intel Atom x5-Z8350 Cherry Trail processor means that it’s going to be a pretty sluggish device. The processor was slow when it was released in 2016, and it’s an even worse choice by 2020 standards.

One thing the processor does have going for it is low power consumption – it’s a 2 watt quad-core processor that shouldn’t put unnecessary strain on the battery. But the W1 is still only expected to get up to four hours of battery life with the screen on or 6 hours with the display turned off despite having two (replaceable) 7,000 mAh batteries. 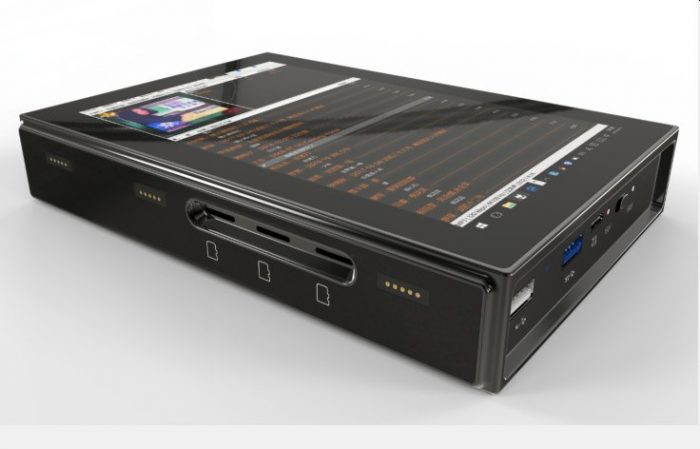 Here’s a run-down of the music player’s hardware:

The YinLvMei W1 is available from AliExpress, HiFiGo, and eBay.