One of the most surprising new features coming to Windows 10 this summer is “Ubuntu on Windows,” which basically brings a complete Ubuntu Linux file system to Microsoft’s operating system and allows developers to run Bash and command-line apps. But what about desktop apps with a graphical user interface?

Officially Windows 10 doesn’t support those. Unofficially, it looks like it works. 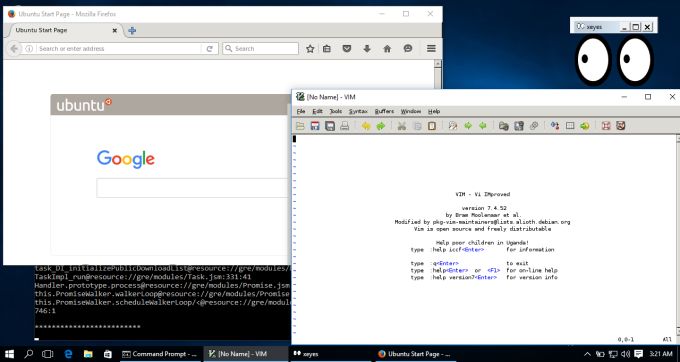 Redditor w2qw found a way to run an X server outside of Bash, which allows you to install and run desktop apps like Firefox and VIM. Of course, you could also just run a Windows text editor or Windows version of Firefox, and you’d probably have better performance. But for some apps that may only be available for Linux, this could provide a way to run them on a Windows PC.

It also opens the door to running alternate desktop environments if you’re not a fan of the Windows user interface (although the method described in that link uses Cygwin  rather than Ubuntu on Windows.

Note that all of this currently requires the Windows 10 Insider Preview Build 14316 or later running in Developer Mode with Bash downloaded and installed.

17 replies on “Yes, you can run desktop Linux apps in Windows 10 thanks to Ubuntu on Windows”