It seems like every other day Google releases a new messaging app… meanwhile some of the innovators in this space are pulling the plug on their aging chat apps.

Last year saw the demise of AIM, MSN Messenger was eventually renamed Windows Live Messenger and then shut down in 2013 after Microsoft acquired Skype. 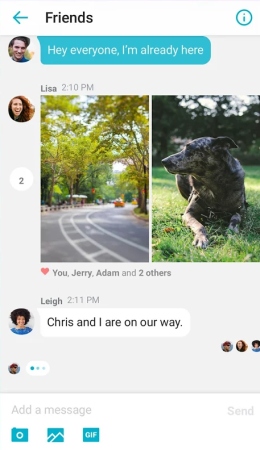 By numbered, I mean you’ve got 40 days left to use the service before Yahoo pulls the plug on July 17th, 2018.

At that point you won’t be able to login to Yahoo Messenger on a PC or mobile device, but uses will be able to download their chat history for the next six months.

Yahoo notes that “there isn’t currently a replacement product available,” but that the company is experimenting with a new invite-only mobile group messaging app called Yahoo Squirrel. It’s in beta, but you can request an invite if you want to check out the app, which is available for iOS and Android.

Or you can try one of the many other messaging apps that have arisen over the past decade including WhatsApp, Facebook Messenger, Allo, Hangouts, Line, Telegram, Signal, Snapchat, or BBM, just to name a few. Odds are you’re already using one ore more of them… which is likely part of the reason Yahoo is discontinuing its Messenger app.

2 replies on “Yahoo Messenger is shutting down this summer”