Chinese device maker Xiaomi has unveiled the first phone with a screen-to-body ratio of well over 100-percent… sort of.

The Xiaomi Mi Mix Alpha is coming in December, and it’s the first smartphone with a display that wraps around the whole device. That means the display covers most of the front, sides, and back of the phone. 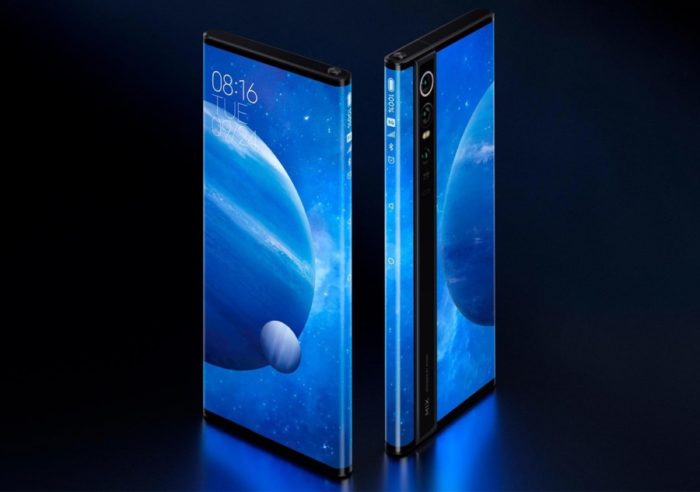 Xiaomi says this means the phone has a 180-percent screen-to-body ratio. But I think what Xiaomi is really doing with this phone is moving the bar and/or making that particular spec meaningless.

Is the Mi Mix Alpha impressive? Definitely. Does it really have a 180-percent screen-to-body ratio? I guess that depends on how you define the term. The screen is certainly much bigger than the front of the device. But it’s not like you can actually see the whole screen at once — and when you are looking at the front or sides of the phone, you’ll see 2.15mm bezels at the top and bottom.

Flip it around and look at the back, and you’ll see the same bezels plus a big black strip where the cameras and antennae are located.

The phone looks a bit like a Huawei Mate X foldable smartphone… if that phone didn’t fold and just had a display that wrapped around the phone’s body.

But is it worth the $2,800 asking price? I have no idea — I’m really not sure what practical benefits there are to having this type of display. Sure, you can use the rear cameras for selfies while framing your shot on the back of the screen. But other phones already let you do that thanks to flippable cameras or secondary screens on the back. And they cost a lot less than $2,800.

Xiaomi does try to make use of screen in a few other ways. You can view the time, battery level, and other status indicators and notifications on the side while viewing an app on the front, for example. And the back portion of the screen is typically off when it’s not facing you, but flip the screen around and it can show you more information. But it remains to be seen whether any of these things are must-have features. 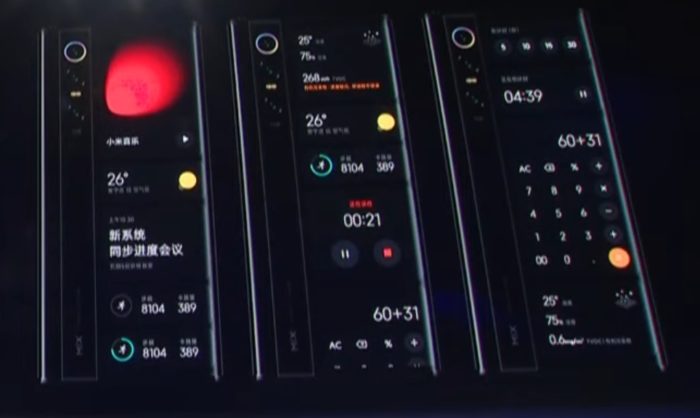 That said, the wrap-around display is only one of the Mi Mix Alpha’s special features.

It’s also the first smartphone with a 108 MP camera that can save 12,032 x 9,024 images. Other cameras include a 20MP ultra-wide angle camera and a 12MP telephoto camera with 2X optical zoom. 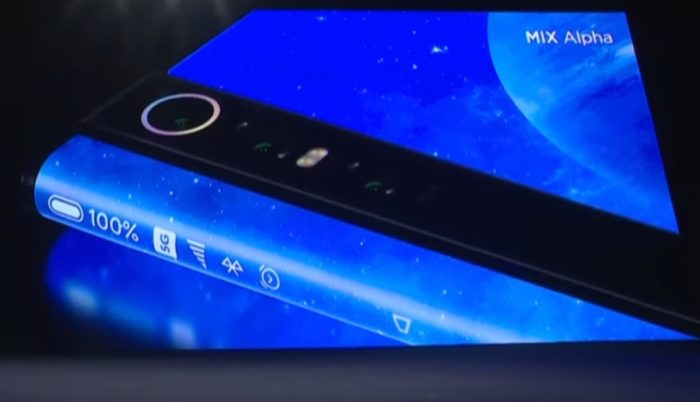 It has an in-display fingerprint sensor, pressure-sensitive sides that you can use in lieu of physical power and volume buttons.

Xiaomi is describing the Mi Mix Alpha as a concept device, but the company does plan to manufacture and sell limited quantities. It’s worth remembering that the original Xiaomi Mi Mix smartphone was also a concept device at launch, but over the past few years the Mi Mix family of phones have become a regular part of Xiaomi’s smartphone lineup — albeit the name is typically reserved for premium, boundary-pushing devices.