2017 may be the year that Samsung, LG, and Apple (probably) jumped on the bezel-less bandwagon. But Xiaomi beat those companies to market when it launched the Mi Mix in 2016.

Now Xiaomi is launching a second-gen model with a smaller body, more powerful specs, and an eye-catching design with slim bezels, an aluminum frame, ceramic body, and gold-plated finishing around the camera.

The Xiaomi Mi Mix 2 should be available soon for about $500 and up, and while Xiaomi hasn’t officially released any phones for the US market yet, this one does at least have the network band support to work with US carriers. 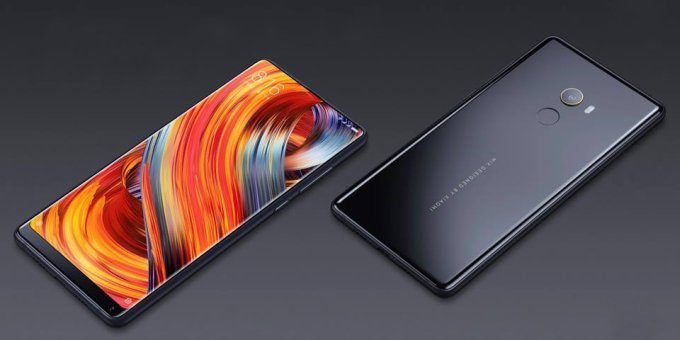 While the original Mi Mix featured a 6.4 inch display that the company said fit inside a phone the size of a typical 5.7 inch model, the new model is even smaller. It has a 6 inch, 2160 x 1080 pixel IPS LCD display with an 18:9 (or 2:1) aspect ratio and a smaller chin area, along with the super-slim top and side bezels that carry over from last year’s model.

Xiaomi has also improved the audio quality with an updated speaker system that replaces the piezoelectric ceramic speaker with a new speaker that drives sound through a small hole at the top of the case. And the new phone features a Qualcomm Snapdragon 835 processor, a 3,400 mAH battery, a 5MP front camera and a 12MP Sony IMX 386 rear camera with optical image stabilization.

Other features include dual SIM support, Qualcomm Quick Charge 3.0, and a fingerprint scanner on the back of the phone.

Technically Xiaomi wasn’t the first smartphone maker to come close to ditching the top and side bezels. Sharp’s been doing it on some phones since 2014. But the Mi Mix was one of the most unusual devices to launch in 2016… and a year later there are a bunch of other phones with limited bezels and ultra-wide displays. One thing that we don’t see a lot of? Phones with ceramic bodies.

While the Mi Mix 2 uses ceramic, the company is also introducing a new Mi Mix 2 Special Edition model that has a unibody ceramic design rather than the metal + aluminum construction found in the cheaper model.

This version will sell for about $720 and features 8GB of RAM and 128GB of storage.

I doubt ceramic is going to become as common as bezel-free phones in the future though. Xiaomi partnered with designer Philippe Starck to design the ceramic case for its Mi Mix phones, and the process of manufacturing the ceramic body alone takes about 10 days from start to finish.