Xiaomi’s latest TV box will be available in China starting March 18th for about $61.

The Mix Box 3 Enhanced Edition has some pretty powerful hardware for a device in this price range… but like most of Xiaomi’s TV products it will probably be of limited use to folks who don’t live in China. 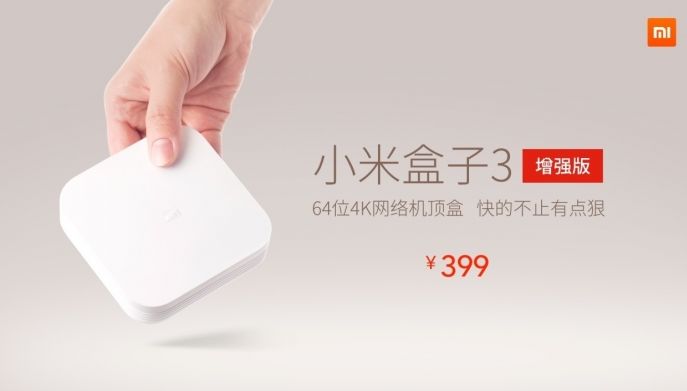 The box measures about 4″ x 4″ x 1″, which makes it a lot bigger than last year’s Mi Box Mini… but that makes sense, since the new model is also a lot more powerful.

There are some stores that will sell you a Mi Box 3 outside of China: Geekbuying is taking pre-orders for $86. But the Android-based user interface and apps are all designed for the Chinese market. So international customers might be better off spending a few dollars more for a $100 Amazon Fire TV, which has a  quad-core MediaTek processor and 4K video support.

via NDTV and CNX Software