No, it’s not as powerful as the Redmi Note 3 or even the Redmi Note 2. But the Redmi Note Prime has a slightly better processor and more storage than the company’s original 5.5 inch smartphone… and more importantly, the new model is made in India and sold in that country, where neither the Redmi Note 2 nor 3 are available for purchase. 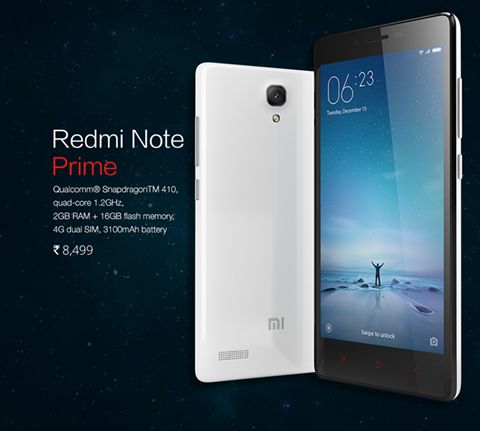 But the Prime model has a Snapdragon 410 64-bit chip rather than a Snapdragon 400 processor. And the new phone also has 16GB of built-in storage, which is twice as much as the original.

The phone goes on sale in India this week for about $127.