Chinese device maker Xiaomi doesn’t currently sell any smartphones in the United States. But that hasn’t stopped the company from submitting documents for some of its Android phones to the FCC… you know, just in case.

Last year the Redmi 2 Pro showed up at the FCC, followed by the Xiaomi Mi 4. Now Xiaomi’s latest budget smartphone is making an appearance.

The Xiaomi Redmi 3S was unveiled in June and features a 5 inch screen, a massive battery, and a fingerprint scanner. It’s expected to sell for 699 Yuan in China, which is about $105… although it’s not clear if or when the phone will actually be available for purchase in the US. 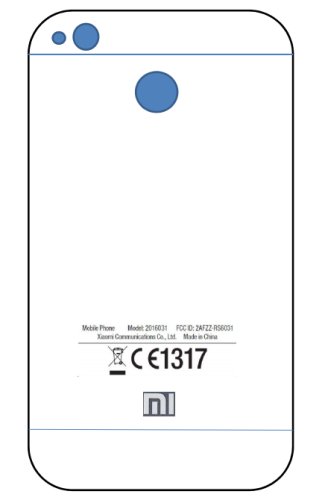 It has a 13MP camera on the back and a 5MP front-facing camera and dual SIM support (at least in China), although one of the SIM card slots can also be used for a microSD card.

If you’re wondering how I know that this Xiaomi phone with the model number “2016031” is the Redmi 3S, it’s thanks to a post on Twitter from @krispitech, who noticed recently that the phone was coming to Malaysia and Singapore with that model number. The FCC documents also confirm that the phone has a 4,000 mAh battery.