Chinese device maker Xiaomi has been selling smartphones in India for a little while. Now the company has launched the first phone made in India.

The Xiaomi Redmi 2 Prime is now available to Indian shoppers for 6,999 Rupees, which is about $110. 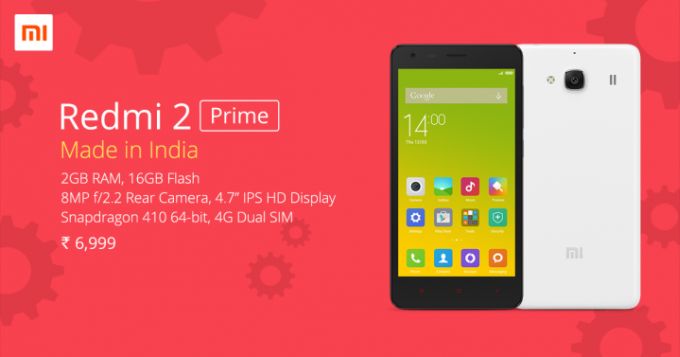 As the name suggests, the Redmi 2 Prime is a little better than the original Redmi 2, which launched earlier this year (and which sells for about $95 in India)… although it’s pretty much the same as an updated model that launched a few weeks later. What really makes the new phone stand out is its “made in India” status.

There’s also a microSD card slot in both models, for up to 32GB of removable storage.

Note that these phones are designed specifically for the Indian market and have support for limited 3G and 4G network bands, so they probably won’t be much use in North America or other regions. But the Redmi 2 Prime launch does show that Xiaomi is getting serious about entering markets outside of China.