Chinese smartphone maker Xiaomi’s latest flagship phone is the Xiaomi Mi4 which features a 5 inch full HD display, a Qualcomm Snapdragon 801 processor, and a starting price of about $320.

Now it looks like the company may have an even more affordable model on the way. 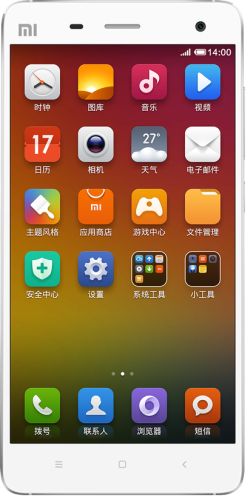 The company has unveiled the Xiaomi Mi4 Youth on November 11th. Don’t confuse “youth” with “mini” though… this phone won’t be smaller than the original Mi4. It’ll just be a bit less powerful and a bit cheaper.

According to a recent listing at TENAA, China’s version of the FCC, the new phone will have 2GB of RAM and 16GB of storage rather than the 3GB and 32GB you get with the Mi4.

Cutting back on RAM and storage could help Xiaomi cut the price a bit to make the new phone a little more competitive with offerings from Meizu and other competitors in the Chinese market. Meanwhile, 2GB of RAM is still enough to allow most Android apps to run smoothly.