Xiaomi plans to unveil its next flagship smartphone on July 22nd. The Xiaomi Mi4 will be an update to last year’s Mi3, and if the teaser posted on Weibo is anything to go by it looks like the phone could have a case made of brushed metal rather than the plastic Xiaomi typically uses.

Update: As expected, Xiaomi’s new phone is the Mi4, a high-end phone with a budget price. 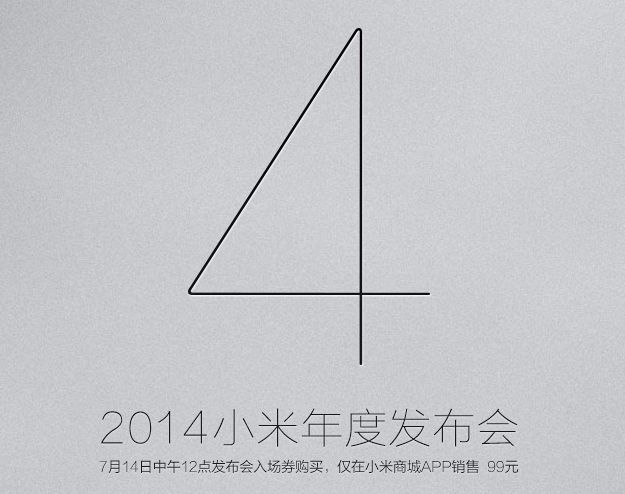 Specs for the phone haven’t yet been announced, but leaks and rumors have suggested the phone could have a 13MP camera with a Sony sensor, among other things.

The company is based in China, but Xiaomi has started branching out into other markets. Just this week Xiaomi announced plans to begin selling phones in India. It’s unlikely we’ll see the company’s phones or other products in the US until 2015 at the earliest though.

via GizChina and GSM Arena