As expected, Xiaomi is launching its smallest Android TV device to date. The Xiaomi Mi TV Stick is a pocketable gadget that you can plug into the HDMI port of any TV to turn it into a smart TV with support for Netflix, Amazon Prime Video, YouTube, and other services.

It comes with a Bluetooth remote control that features a Google Assistant button for voice commands. And the Mi TV Stick also supports Chromecast functionality, allowing you to use your phone, tablet, or PC as a remote.

Xiaomi says a Mi TV Stick with support for 1080p video will be available in Europe soon for €40.

Update: You can order the Mi TV Stick for from AliExpress $30 when you use the coupon: 715MITVSTICK, and have it shipped to the US, EU, UK, or Australia. thanks theguyuk! 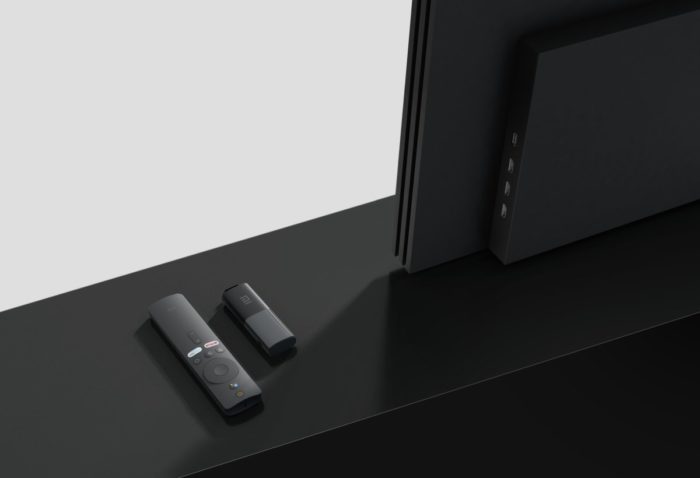 Xiaomi unveiled the new Mi TV Stick during a global ecosystem product launch event, where the company explained that this model features a quad-core processor, 1GB of RAM, 8GB of storage, and support for Dolby and DTS audio.

There was no mention of a 4K model, but earlier leaks have suggested that Xiaomi may offer a version with 2GB of RAM and support for 4K video in some regions.