It also continues to be far cheaper than similar hardware from companies like Fitbit or Garmin. The Mi Smart Band 6 should be available globally soon for €45 (about $53). It’ll sell for as little as 229 CNY ($35) in Xiaomi’s home country of China. 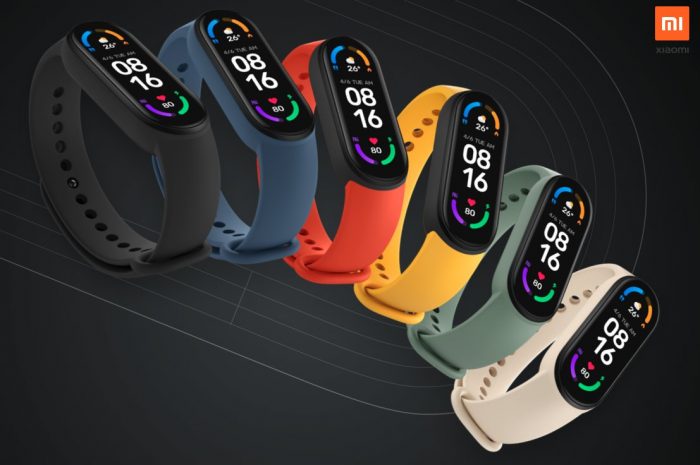 The Mi Smart Band 6 comes in six color options, features water resistance good for up to 5 atmospheres, which means you can wear it in the shower or while swimming. It supports dozens of different watch faces, pairs with a smartphone using the Mi Fit app, and can also display smartphone notifications.

The new model has a 152 x 486 pixel curved AMOLED display with 326 pixels per inch and up to 450 nits of brightness. Customers in China will be able to pick up a model with NFC for a few bucks extra, but the global version of the watch does not support NFC.

Xiaomi says you should be able to get 14 days of battery life from the Mi Band 6, but I’ve actually found the company’s battery life estimates for its wearables to be on the conservative side. I’ve been using a Mi Band 4 for more than a year, and while Xiaomi says it should run for up to 20 days on a charge, I’ve sometimes gone as long as 30 days between charges. I am wearing it with a belt clip and rarely use the heart rate or sleep tracking features, so your results may vary. But when Xiaomi says two weeks, I tend to believe them.

One reply on “Xiaomi Mi Smart Band 6 has a bigger screen, SpO2 sensor and $35 starting price ($53 outside of China)”