The Android tablet space isn’t quite as exciting as it once was, but a few companies including Samsung and Huawei continue to crank out devices with respectable hardware and premium price tags rather than just going after Amazon’s Fire tablets in the low-end space.

The Xiaomi Mi Pad 4 is up for pre-order in China and it’s set to start shipping later this week. 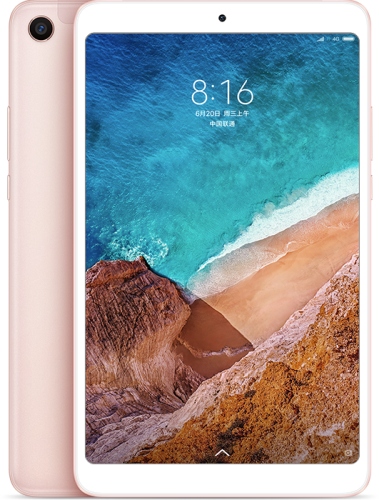 Each model is available in black or rose gold, and each supports 802.11ac WiFi, and Bluetooth 5.0.

The tablet features a 6,600 mAh battery with 10W fast charging and a USB Type-C port. It has stereo speakers, dual microphones, a 13MP rear camera and a 5MP front-facing camera with face unlock support.

While Xiaomi doesn’t typically sell its tablets outright in the United States, you’ll probably be able to pick this up from third-party resellers in the not too distant future. The 4G model should support a number of Asian and European wireless carriers, but you probably won’t get 4G speeds if you use it with US networks. That’s not really an issue with the Wifi-only models.

Update: Geekbuying is taking pre-orders for $240 to $320, depending on the configuration.