The Xiaomi Mi Box Mini is a tiny box that turns an ordinary TV into a smart TV. That’s hardly enough to make the Mi Box Mini stand out — Google, Amazon, Apple, Roku, and other companies offer similar devices.

But the Mi Box Mini is one of the smallest devices of its type. It’s about the size of a USB charger. And it’s one of the cheapest: it sells for about $32 in China.

Xiaomi launched the Mi Box Mini in China in January, but now you can buy one in the US, Europe or other markets… you’ll just have to pay more for the device and be willing to put up with a Chinese user interface. 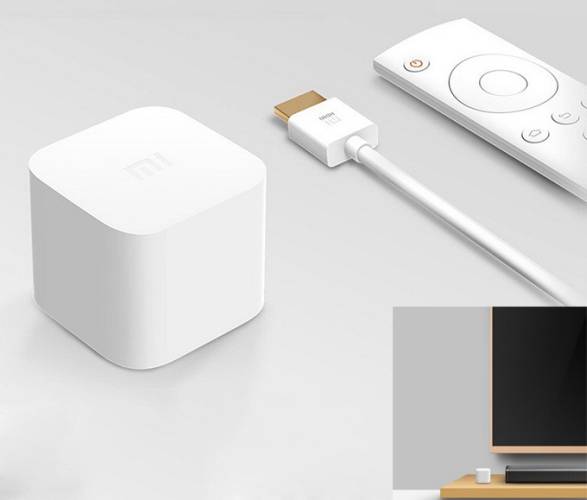 Geekbuying sells the Mi Box Mini for $55, and it’s available from a number of AliExpress sellers for around $50 to $60.

The most remarkable thing about the Mi Box Mini is probably the design: it’s a tiny box that measures about 1.8″ x 1.8″ x 1.5″ and which plugs right into you power strip or wall jack. Then you run an HDMI cable to your TV. It also comes with a Bluetooth remote control.

Out of the box the device runs Android 4.4 KitKat with a custom user interface based on Xiaomi’s MIUI software and optimized for television screens. The user interface is in Chinese, but the box comes with the Google Play Store installed, so even if you can’t read Chinese you might be able to install some English language apps such as SPMC (a port of the Kodi media center app) from the Play Store to make the Mi Box Mini useful.

Or maybe someone will figure out how to load custom ROMs on the little box.