Xiaomi’s first Android-powered device is coming to the US soon… but it’s not a smartphone or tablet. Earlier this year the company revealed that it would bring its new Mi Box Android TV device to the United States, and now it looks like the wait may be almost over.

The Mi Box just showed up at the FCC website, which could be an indication that it will be available for purchase soon. 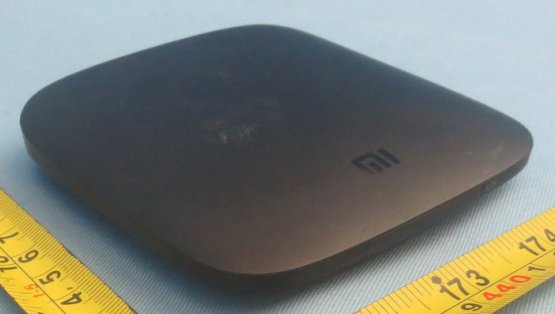 The Mi Box is a small gadget that you can plug into a TV to stream internet video, play games, listen to music, and run Android apps that have been optimized for TV screens.

Xiaomi’s Android TV device will support 4K/60fps video and HDR video and it features 2GB of RAM, 8GB of storage, and HDMI 2.0a output. It supports 802.11ac WiFi and Bluetooth and the box comes with a Bluetooth voice remote. There’s also an optional game controller accessory.The box also has a USB port and a headset jack.

Just about the only new detail I learned from the FCC documents was the processor model. Xiaomi had said the box features an ARM Cortex-A53 quad-core CPU with ARM Mali-450 graphics, but since there are pictures of the Mi Box circuit board and chips at the FCC website, you can clearly see that it has an Amlogic S905X-H processor.

There’s no word on exactly when the Mi Box will go on sale or how much it will cost. But Xiaomi has made a name for itself in China and other markets by offering hardware at very competitive prices.