Chinese smartphone company Xiaomi is expanding into the Indian market with the launch of an Indian version of the Xiaomi Mi 3. The phone has a 5 inch, 1920 x 1080 pixel display, a 2.3 GHz Qualcomm Snapdragon 800 processor, 2GB of RAM, and Xiaomi’s custom version of Android 4.3 Jelly Bean. 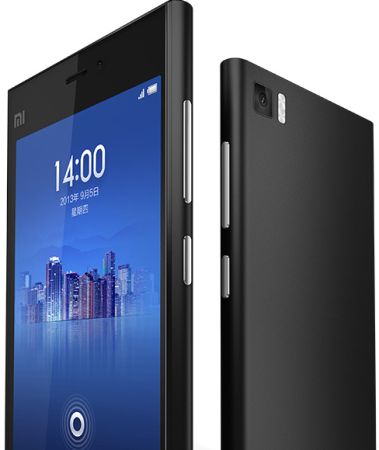 Xiaomi has been gradually expanding into new territory but we probably won’t see the official launch of any Xiaomi phones or tablets in the US until 2015. The company is instead first launching on less developer markets where it’ll be easier to gain traction — and where consumers are already used to paying for a phone up front instead of buying phones with a 2-year wireless contract.

The Mi 3 is an aging device that first launched in 2013, but it has hardware that compares pretty favorably with another relatively inexpensive Android phone: the Google Nexus 5.

The Nexus 5 also sells for about twice as much as the Mi 3 in India.

via Times of India