As expected, Chinese phone maker Xiaomi is the first company to launch a smartphone powered by Qualcomm’s new Snapdragon 888 processor.

Aside from having Qualcomm’s fastest smartphone chip to date, the phone also has a 120 Hz display, an 108MP primary camera, and Harman Kardon audio. It’s also Xiaomi’s first flagship phone to ship without a charger in the box. Taking a page out of Apple’s playbook, the company expects you to either use an existing charger or pay separately for a new one. 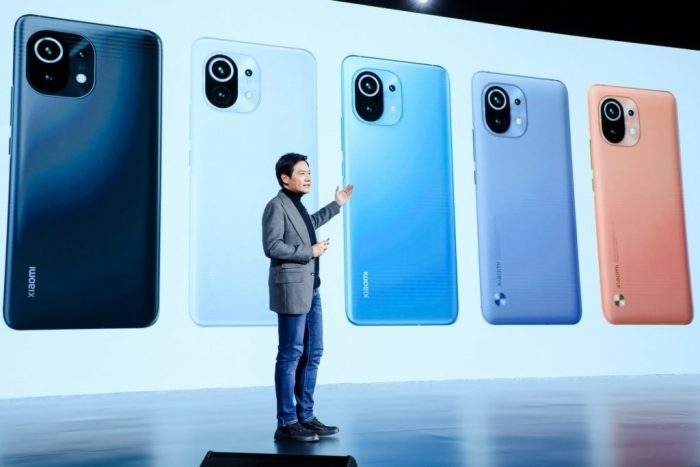 A 55W wired fast charger with GaN technology (for a compact size), sells for about $15.

On the front of the phone is a 20MP camera in a hole punch in the top left corner of the display. There’s an in-screen fingerprint sensor, stereo speakers, and the phone supports WiFi 6, NFC, and has an IR blaster allowing you to use it as a television remote.

The stand-out feature at launch is the phone’s Qualcomm Snapdragon 888 processor. It’s a 5nm, 8-core processor that Qualcomm says delivers 25 percent faster CPU performance and 35 percent faster graphics than the previous-gen Snapdragon 865 thanks, in part, to the chip being the first to feature a CPU core based on ARM’s new Cortex-X1 design.

The Xiaomi Mi 11 is available in China at three prices/configurations: