Xiaomi launched its first tablet earlier this year. Now the company may be working on a second model, and this one could have a larger screen and a less powerful processor.

In other words, it could be a cheaper alternative to the company’s first tablet. 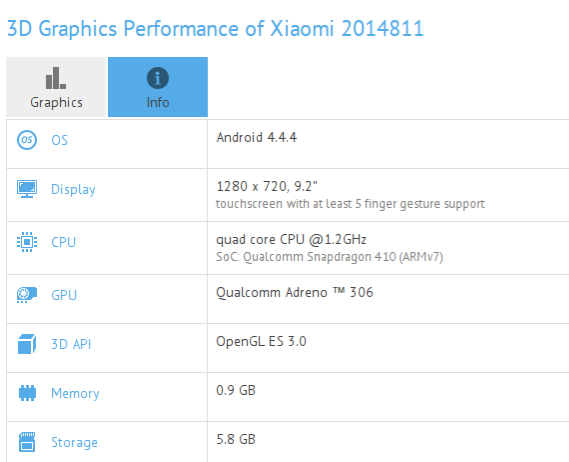 Xiaomi hasn’t actually announced the new tablet yet, but specs for a device called the “Xiaomi 2014811” showed up at the GFXBench website recently, suggesting that someone is running tests on a tablet with that name and/or model number.

By way of comparison, the Xiaomi Mi Pad tablet which launched in May features a 7.9 inch, 2048 x 1536 pixel display, an NVIDIA Tegra K1 processor, 2GB of RAM, and up to 64GB of storage. That tablet has a starting price of just about $240 US… so a model with a lower-resolution display, slower processor, and less memory and storage will likely be even cheaper (although the Xiaomi 2014811 is at least expected to have a larger screen).

One reply on “Xiaomi may be building a 9.2 inch budget tablet”