The first “truly wireless” earbuds started to hit the streets a few years ago. And they were expensive. Samsung’s Gear IconX earbuds sold for $200 at launch. Apple’s AirPods sold for $159 at launch… and they still do.

Over the past year or so, we’ve seen a number of cheaper options… but Chinese company Xiaomi may have just unveiled the most affordable alternative to date.

The company’s new Redmi AirDots are a set of wire-free earbuds that sell for about CNY 99 in China. That’s roughly $15. 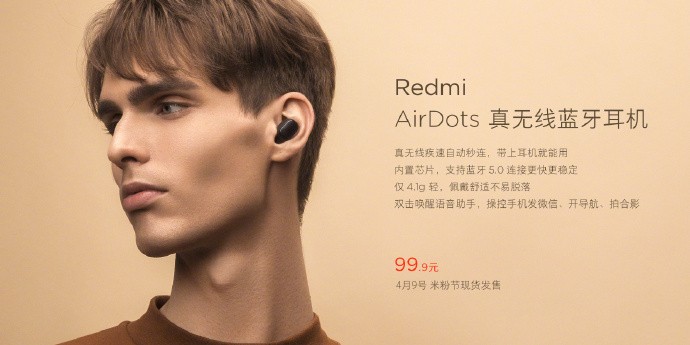 The AirDots support Bluetooth 5.0 and each one has a 40 mAh battery that Xiaomi says should provide up to 4 hours of battery life for listening to audio or making calls.

They also come with a charging case that packs a 300 mAh battery. Xiaomi says that you can use the case to recharge the earbuds twice before you have to recharge the case itself, which means you should get up to 12 hours of (non-continuous) battery life on the go.

Xiaomi’s new earbuds are touch-sensitive, allowing you to double-tap to launch Google Assistant (or Siri, if they’re paired with an iPhone).

It’s not clear if or when the Redmi AirDots will be available outside of China, but the company does sell some products internationally, including headphones. They typically sell for a little more in Western markets than they do in China.