Chinese device maker Xiaomi offers phones, tablets, smart TVs and other products that are known for their high quality and low prices. But Xiaomi is also known for its MIUI software which gives Google Android a fresh coat of paint, a custom user interface, and a handful of extra apps.

MIUI also happens to look a bit more iOS than Google’s stock version of Android, thanks to its square app icons with rounded corners and the lack of an app drawer: all apps are arranged on your home screen.

Now Xiaomi has unveiled MIUI 6, which will be coming soon to the company’s latest phones, tablets, and other devices. 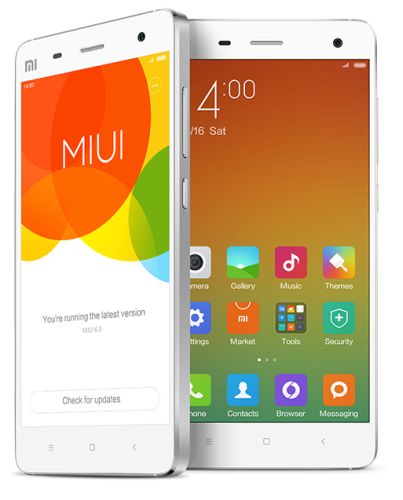 If MIUI has a reputation for resembling Apple’s mobile operating system, then MIUI 6 takes its cues from iOS 7 and 8. It features bright new colors and rather flat design.

The developers have also improved cores apps and features with things like the ability to identify many calls from unkown numbers, support for gestures designed for devices with large screens, the ability to batch organize home screen icons, and a new notification shade that includes toggles for music controls and other functions. 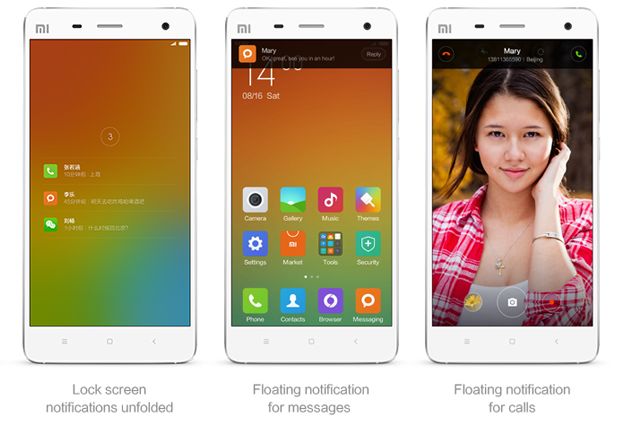 The Notification Center has also been revamped to provide small floating pop-up notifications at the top of the screen without covering the whole display or requiring you to swipe to reveal any content. The notifications are interactive, allowing you to do things like answer a phone call from the notice.

Xiaomi’s apps and services are designed to work with the company’s Mi Cloud online services. Up until recently some of those features were opt-out, rather than opt-in and that caused some folks who were concerned about the privacy implications to challenge Xiaomi on the default behavior… so the company recently decided to disable its cloud messaging services by default so that users have to opt-in before any data is sent to the company’s servers.

MIUI 6 is now available to a small group of beta testers. Eventually the software will be available for recent devices such as the Mi 3 and Mi 4 smartphones which are sold in China and a handful of other countries.

Xiaomi is one of the fastest-growing smartphone brands in China but the company has global ambitions and could enter the US market in 2015.