Xiaomi subsidiary Black Shark launched its first smartphone designed for mobile gaming this spring. Less than half a year later we have the follow-up. 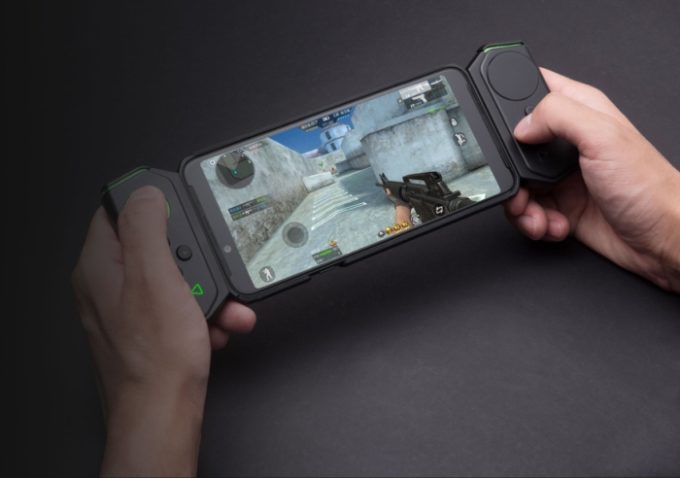 There are also RGB light bars on the left and right sides of the phone, and you can choose colors and adjust lighting effects using an app on your phone… or just disable the lights in order to extend the phone’s battery life.

While the Black Shark Helo doesn’t have a 90 Hz or 120 Hz display like the Asus ROG Phone or Razer Phone 2, but it does have a liquid cooling system to keep the phone from getting hot during marathon gaming sessions, and it’s designed to work with a game controller.

Still worried that the phone will get hot? The company will also offer an optional cooling case that puts a couple of fans on the back of the phone. 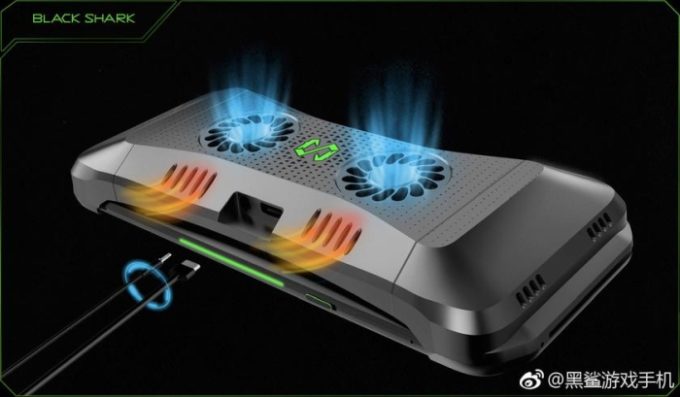 The controller connects to the phone by Bluetooth, but you can hold it firmly in place by sliding it into a slot on a bumper case that comes with the phone.

It comes with an 18W fast charger, a USB Type-C connector (but no headphone jack), and the phone features stereo front-facing speakers, supports Bluetooth 5.0 and 802.11ac WiFi.

Wondering how the Black Shark Helo stacks up against the competition? Dave 2D has a 10 minute video that compares the phone with its closest competitors: the aforementioned Asus ROG Phone and Razer Phone 2.

One key difference between the Black Shark Helo and the other options? It’s not likely to be widely available in the United States.