One of Xiaomi’s newest gadgets looks a bit like a Google Chromecast. But it’s actually a wireless HDMI dongle system that allows you to beam content from a PC or other device to your television – no internet connection required.

Just plug one of the dongles into your TV and the other into a USB port on your device and you can mirror your screen on the big screen as if you had plugged in an HDMI cable.

Well, that’s the idea anyway. Wireless HDMI gadgets have been around for years, but they’re not always reliable… or cheap. But the Xiaomi Wireless Casting Adapter addresses at least the second part – you can pick one up from AliExpress for just $54. 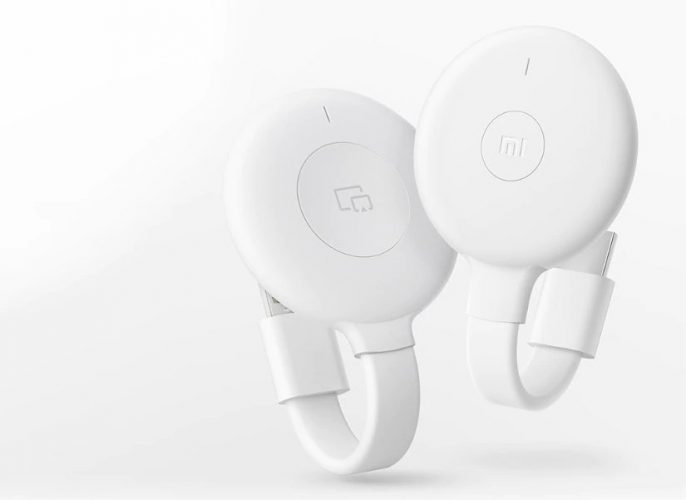 That’s about a third the price you’d normally pay for a decent wireless HDMI streaming system, although I haven’t seen any third-party reviews of the Mijia Wireless Casting Adapter yet, so I cannot say how it stacks up against the competition when it comes to performance.

Over short distances, this sort of system should allow you reliably mirror your display over a 2.4 GHz or 5 GHz wireless connection. But there’s a chance you may experience a little more latency than you’d get with a wired connection, which makes this less than an ideal setup for gaming or other tasks where quick response times are key.

According to the product page, Xiaomi’s wireless HDMI dongle is designed to work with computers running Windows 7 or later or macOS 10.10 or later. I don’t know if that means it absolutely won’t work with Linux, Android, or other operating systems. But if anyone cares to spend $54 to find out, let me know and I’ll update this article.

One reply on “Xiaomi launches a $54 wireless HDMI system”