If you’re the sort of person who expects gadgets to just work when you take them out of the box, Xiaomi’s new WiFi router isn’t for you. On the other hand if you’re the sort of person who likes to build things, take them apart, and put them back together again so you can understand how they work, the Chinese company’s got something rather special.

The new Mi router is a cross between an 802.11ac WiFi router, a network-attached storage device, and a artisanal puzzle. 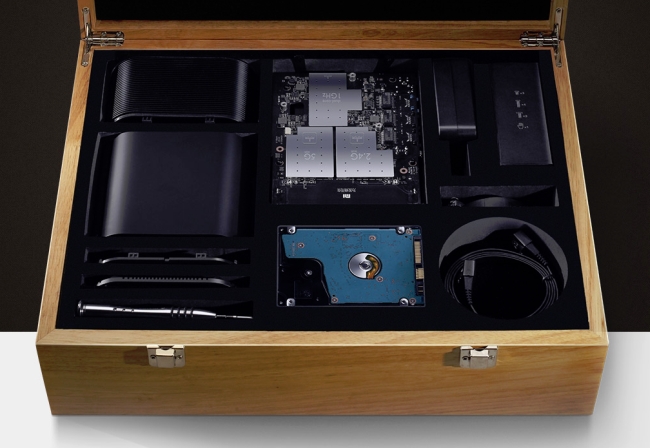 The router comes in a wooden box, includes a screwdriver, anti-static gloves, and a series of components you can put together yourself. You won’t have to do any soldering, but the router is still a bit more DIY than most products on the market.

At this point Xiaomi’s Hugo Barra says the company is beta testing the Mi router — it’s going out to 500 beta testers. It’s not clear if or when larger quantities will be made available.

Xiaomi has earned a reputation for offering high quality Android devices at low prices without scrimping on build quality, design, or software. The Mi WiFi router seems to be something a bit different, but it’s a product that could appeal to DIY enthusiasts that make up a relatively small but vocal portion of the folks who use Xiaomi’s other internet-connected products including phones, tablets, and TVs.