Chinese electronics company Xiaomi may be best known globally for its smartphones, laptops, and media streamers, but the company makes a wide range of other products ranging from WiFi routers to smart washing machines.

In its home country, Xiaomi also sells a line of eBook readers featuring electronic paper displays. And the latest is a model called the Xiaomi InkPalm 5 that’s smaller and cheaper than many other models on the market. 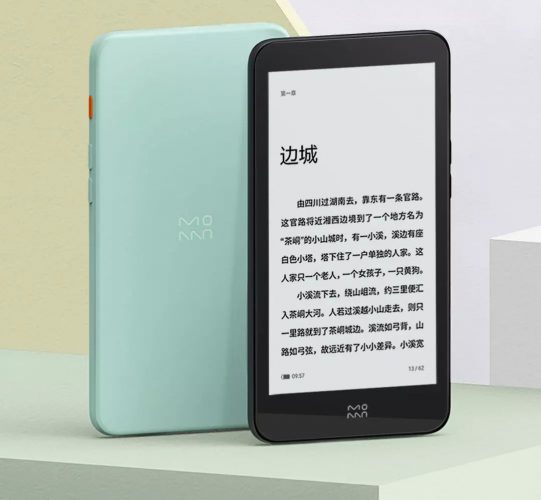 Available for purchase from the Xiaomi YouPin website for 599 CNY ($~91), the InkPalm 5 features a 5.2 inch, 1280 x 720 pixel electronic paper display with 284 pixels per inch, a glass cover, and touchscreen support. It also has a front-light with support for 24 different light level adjustments and adjustable color temperature so you can reduce the levels of blue light when reading at night, for example.

Measuring 143.5 x 76.6 x 6.9mm and weighing 115 grams, the InkPalm 5 is the size of a small (by modern standards) smartphone, making it easier to carry around in your pocket than a typical eReader sporting a 6 inch or larger display.

It also has something else in common with a phone – the device is powered by Google Android, which means that while it has a custom user interface and it’s designed first and foremost for reading digital books and similar content, you should be able to load third-party Android apps on the device. 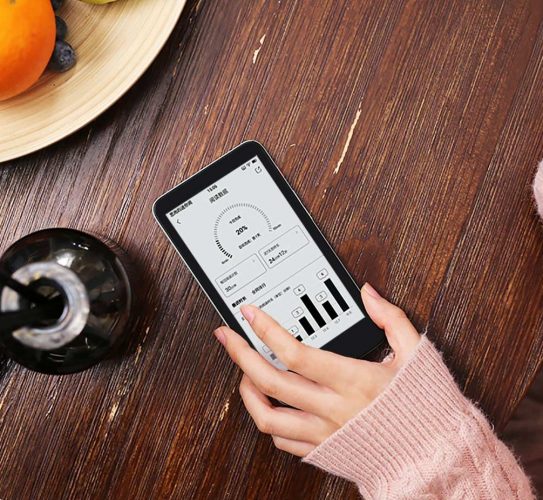 That said, as you’d expect from a device that sells for less than $100, the InkPalm 5 doesn’t exactly have high-end specs. It has just 1GB of RAM and 32GB of storage, ships with Android 8.1, and has a 1,400 mAh battery which should provide days or weeks of run time for reading on an ePaper device, but much less time if you try to do a lot of web browsing or other activities that can tax the system’s resources.

Other features include support for dual-band WiFi, Bluetooth 5.0, and power and volume  buttons on the side (the volume keys can be used as page turn keys as for controlling audio levels).

You can find more details at the Xiaomi YouPin website, or visit Xhuanlan Zihihu for a hands-on review of the InkPalm 5. The review is in Chinese, but it’s pretty easy to get the gist using Google or Microsoft Translate. Plus there are plenty of pictures.

There’s no word on if or when the InkPalm 5 will be available outside of China.

11 replies on “Xiaomi InkPalm 5 is a $91 eReader with a 5.2 inch electronic paper display”