Xiaomi’s InkPalm 5 is a pocket-sized device with a 5.2 inch E Ink display and Android-based software. Basically it’s an eReader that’s small enough to fit in your pocket and versatile enough to use for more than just reading eBooks.

When the InkPalm 5 launched last year, it was available exclusively in China for around $91 and up. But I recently noticed that multiple AliExpress sellers are offering to ship it to customers around the world, with some selling the little eReader for as little as $110. 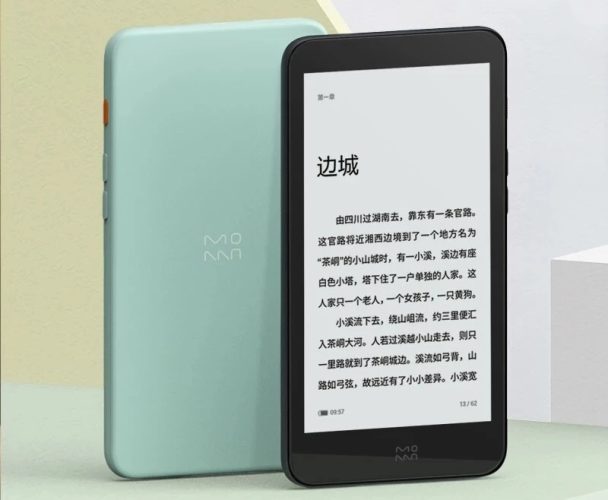 There is one catch: since the InkPalm 5 is designed for the Chinese market, it ships with a Chinese-language version of Android featuring a custom launcher that’s also in Chinese. But some folks have helpfully put together instructions for changing the system language to English and installing an English-language launcher app with an E Ink-friendly home screen, settings, and app drawer.

Note that the instructions do involve downloading and running Google’s Android Debug Bridge tools from a Windows, Mac, or Linux computer, so I’d really recommend that folks who don’t speak (or read) Chinese only pick up an InkPalm 5 if they’re comfortable running command line utilities on a PC.

It’s also worth keeping in mind that while the InkPalm 5 runs Android, it’s using a fairly old version of Google’s operating system (Android 8.1), so some newer apps may not work properly. The device’s limited 1GB of RAM and 32GB of storage may also limit which apps and games are compatible with the device.

There’s also no support for the Google Play Store, so if you want to use third-party apps, you may need to sideload them from a trusted source.

The InkPalm 5 has a 5.2 inch, 1280 x 720 pixel greyscale touchscreen display with 284 pixels per inch, a 1,400 mAh battery, support for dual-band WiFi and Bluetooth 5.0, a USB Type-C port, and a power and volume buttons (the volume keys can also be used as page turn buttons when reading eBooks).

You can find more real-world user reviews and tips for using the eReader in the /r/InkPalm5 subreddit.