Xiaomi has been making smart TVs and media streamers for years… but up until a few years ago they were primarily sold in the company’s home country of China.

A few years ago the company launched a $60 Android TV box called the Mi Box S that is available in the United States and other regions around the world. And now the company is getting ready to release a new Mi TV Stick that will also be available internationally.

Detailed about the new media streamer started leaking in April, and in mid-May the Mi TV Stick showed up in a product listing at internet retail site Gearbest. This week Xiaomi finally confirmed the Mi TV Stick is a real thing that’s coming soon. 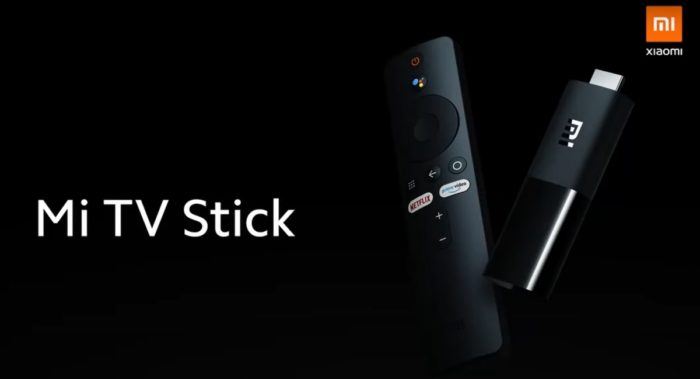 During a German launch event for the Xiaomi Redmi Note 9 smartphone, Xiaomi showed a single slide depicting the Mi TV Stick and promised it would bring a “better and easier TV experience.”

The image shows a small stick that can plug directly into an HDMI port on your TV, and a remote control that features a Google Assistant key, touchpad, and Netflix and Amazon Prime Video buttons, among other things.

That’s pretty much a confirmation that the new stick will run Google’s Android TV software. We can also now be pretty sure that the Mi TV Stick will be available in Germany, and I wouldn’t be surprised if it’s sold in other parts of Europe and North America as well.

Xiaomi doesn’t sell smartphones in the United States, largely due to the regulatory and wireless carrier hoops the company would have to jump through. But as the Mi Box S shows, it’s easier to bring a media streamer to market in the US than a smartphone.

If details from the Gearbest listing are accurate, here’s what we can expect from the new Mi TV Stick:

Update: It looks like the Mi TV Stick will be available in US and global versions: 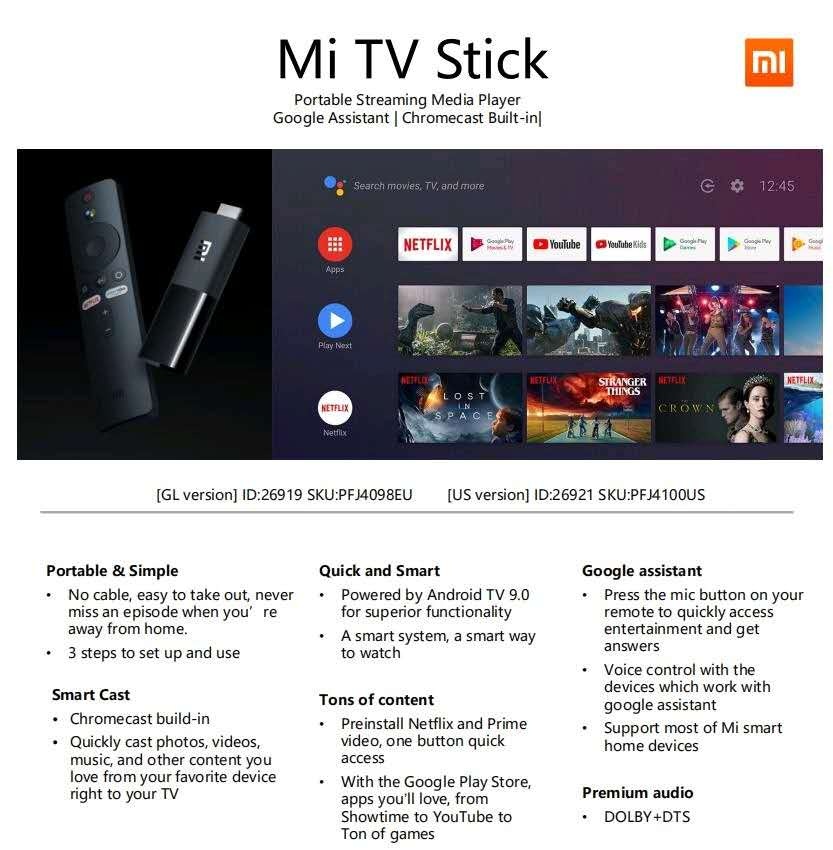