Smartphones with curved displays have been around for years. But for the most part those screens have curved around just sides of the phone.

Xiaomi’s new concept phone has what the company calls an “88° hyper quad-curved screen” that wraps around all four edges of the phone. The result is a phone that pushes the boundaries of screen-to-body ratio to their limits. 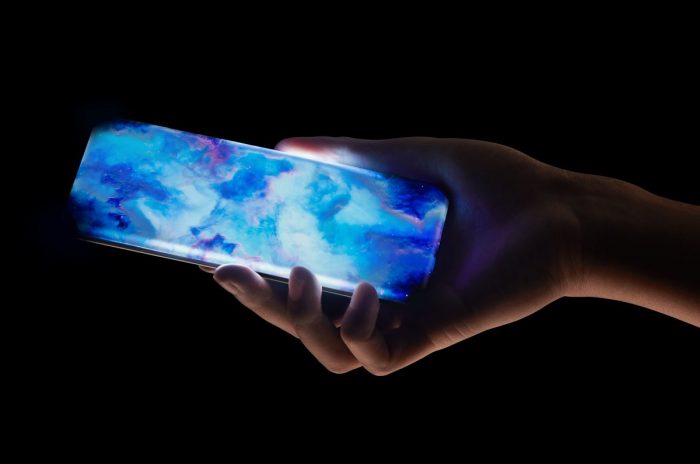 There’s effectively no bezel on the top, bottom, left, or right sides of the phone – although there do appear to be small dark spots in the corners.

Xiaomi says the screen combines a flexible display that’s bonded to a specially prepared piece of glass that’s been bent on all four sides. That allows content to flow over the edges in a “waterfall” like design… but it also means notifications or status messages can be displayed on the side of the phone rather than the front or top.

Since this is only a concept device so far, Xiaomi hasn’t revealed detailed specs. But the company says the phone is designed to have no physical ports, and the promo video shows what appears to be a single camera on the back of the phone but no visible selfie camera or fingerprint reader, suggesting that they’re either absent or hidden beneath the display.

Xiaomi hasn’t announced plans to actually build a phone featuring its new quad-curved display technology yet, but the company does have a history of turning concepts into real products. The Xiaomi Mi Mix line of smartphones started their life as a concept design, for example.