Less than two months after introducing the Redmi Note 3 smartphone in China, Xiaomi is unveiling a new version of the phone. Like the original, the new Redmi Note 3 features a 5.5 inch, 1920 x 1080 pixel display and a 4,000 mAh battery.

But the new Redmi Note 3 variant has a Qualcomm Snapdragon 650 hexa-core processors instead of a Helio X10 octa-core chip. 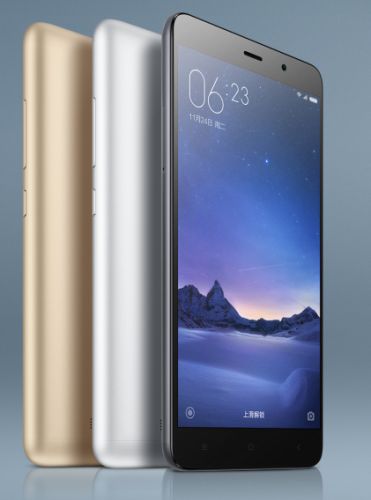 The Snapdragon variant also has a 16MP rear camera, while the MediaTek model has a 13MP camera.

Like most Xiaomi phones, the new Redmi Note 3 will be available initially in India, but the company is also making 100 units available for Indian users on launch day.