Sometimes a laptop computer is the right tool for getting work done on the go… but sometimes the limited screen space can be a problem. So over the years we’ve seen solutions ranging from portable monitors to systems that attach to your laptop’s lid to make it work like a dual-screen or even triple-screen computer.

Xebec is one of the latter options.

Attach the 1.9 pound accessory to the lid of your laptop and you can slide out two 10.1 inch, 1920 x 1080 pixel displays to create a triple-screen laptop setup.

The maker of this triple-screen laptop accessory has launched a Kickstarter campaign for the project and hopes to begin shipping the Xebec to backers in March, 2020. 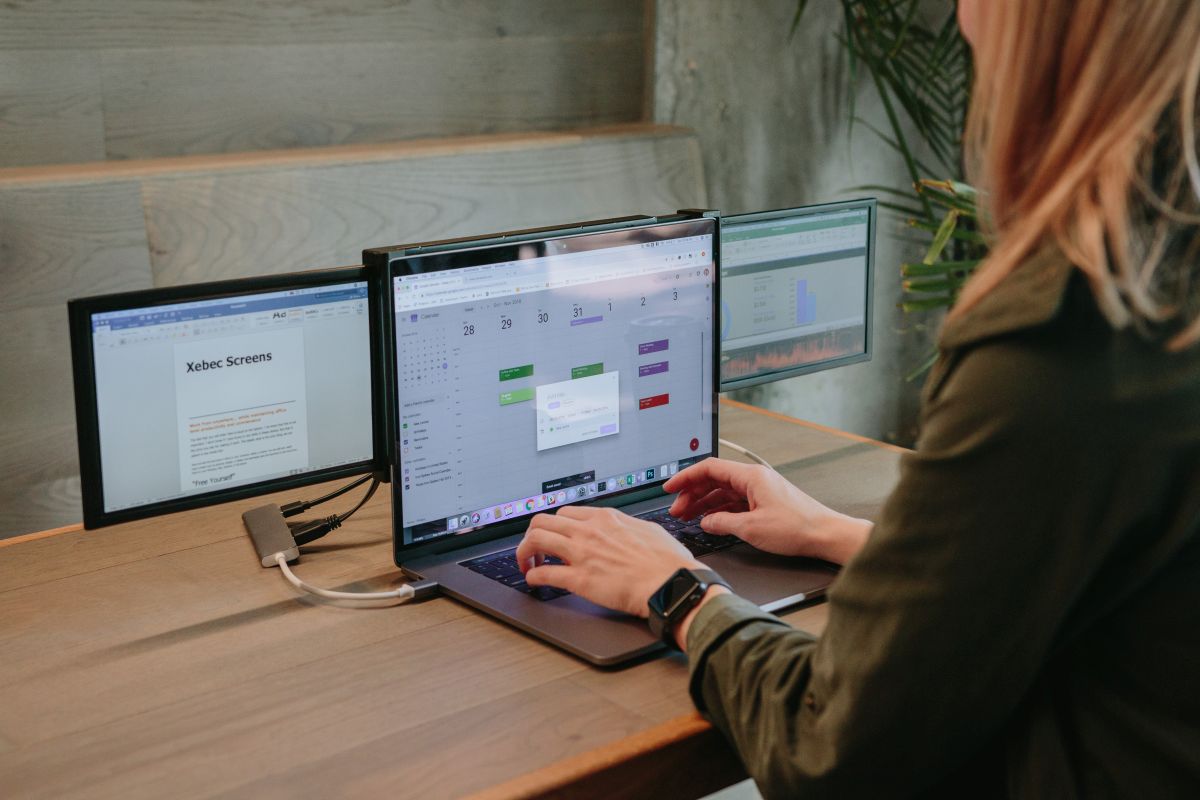 Xebec says the retail price for its display accessory will be $450, but the Kickstarter price is $349 (or less if you’re one of the small number of folks who manage to snag the early bird pricing).

Since the kit has a slide-out design, it basically connects to the back of a laptop by hugging it — just stretch the Xebec until it’s wide enough to fit over your notebook, then squeeze it until it makes a tight fit.

Xebec says the system supports laptops with screen sizes ranging from 10 inches to 20 inches. There’s also an included kickstand, in case attaching a 1.9 pound accessory to the back of your laptop is likely to make it fall over if it doesn’t have additional support.

But… you will need to run a few cables from your laptop to the Xebec for it to work, because each screen requires its own power source and video feed.

The Xebec comes with two micro USB cables for power and two HDMI cables. If you’ve got two spare USB ports on your laptop, you can use them to send power to the displays. But odds are that your notebook only has a single HDMI port — so you’ll probably need an adapter or hub to connect the second screen to a USB port, Thunderbolt port, or whatever else you’ve got.

While the ability to draw power directly from your laptop means that you should be able to use the Xebec system anywhere, I suspect doing so is also a pretty good way to drain your battery quickly. So you might want to keep a charger or two handy as well.

Overall I’m intrigued by the idea of turning a laptop into a triple-monitor computer that can be used on the go. But I can’t help but feel it’s something I’d be far more likely to use at home than on the go… and at that rate I might as well just plug my laptop into a normal monitor.