Microsoft is holding a press event at the E3 gaming conference tomorrow, and rumor has it that the company could launch a new line of Xbox TV media streamers and some other products. But one new product seems to have leaked a little early.

According to images shared by members of the NeoGAF forum, it looks like there’s a new Xbox console on the way.

Update: It’s official: the Xbox One S is coming in August for $299 and up. 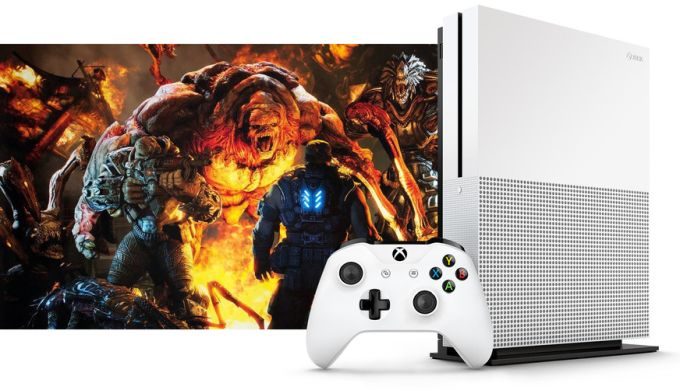 The Xbox One S is said to be about 40 percent smaller than the original Xbox One. But it has new features including support for 4K Ultra HD video playback, high dynamic range (HDR) video, and a 2TB hard drive.

It also has a “streamlined controller” and a vertical stand.

This isn’t exactly a next-gen game console. It’s more like a refined version of Xbox One with a new design and some new features. But it’s likely that it’ll run any game designed for the original version of the game console. 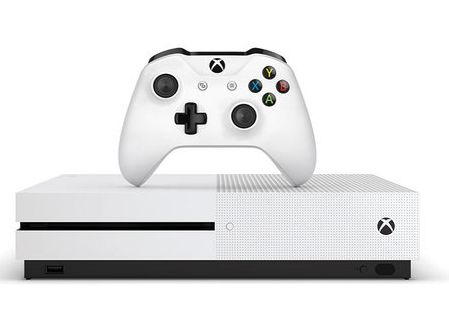 Now that Microsoft is bringing some Windows 10 features to Xbox One systems, it’s also possible to think of the new Xbox One S as more than just a game console and media streamer. In a lot of ways, it’s like a small PC for your living room.

There’s no word on when the new Xbox will be available or how much it will cost. But I suspect we’ll hear a lot more about it during E3 this week.

Sony is also expected to launch a new version of its PS4 game console. It will also support 4K video, and it’s expected to be more expensive than current hardware. But it’s unlikely that we’ll see that game console at E3.